Let’s face it, people only celebrate Tuesday because they have either transformed themselves or they really love tacos. Both of which are amazing – yet seemingly contradictory – things.

Yet, each day, with the right attitude presents the opportunity to have the best day ever (excluding Monday – Monday is cursed, from the devil and should be banned forever).

Wednesday is humpday, Thursday is the day before Friday, Friday is the day you try to sneak out of work early – but Tuesday is just Tuesday. That’s why we’ve compiled this list of positive Tuesday quotes to get your day started right. Find one that speaks to you and write it down. Find one that speaks to a friend and send it to them. Let’s turn Tuesday into the most positive day of the week.

1. The best part about Tuesday, it’s 6 days until the next Monday.

2. I don’t know who invented Taco Tuesday, but they should win a Nobel Prize.

4. Tuesday is a divine gift from above as a reward for getting a Monday.

6. I like to think of every day as Transformation Tuesday, it’s why I’m always wearing activewear.

7. It really only a matter of time until the Transformation Tuesday and Taco Tuesday people get in a gang fight.

8. It’s Transformation Tuesday, a day to be grateful for how far you’ve come.

9. Positivity is the fuel of dreams, negativity is like the carbs of dreams.

10. I hope your Tuesday rocks harder than a Def Leopard concert.

11. Have the confidence to say yes to your best and no the rest.

12. It’s Tuesday, no matter what happened today is ending with tacos! 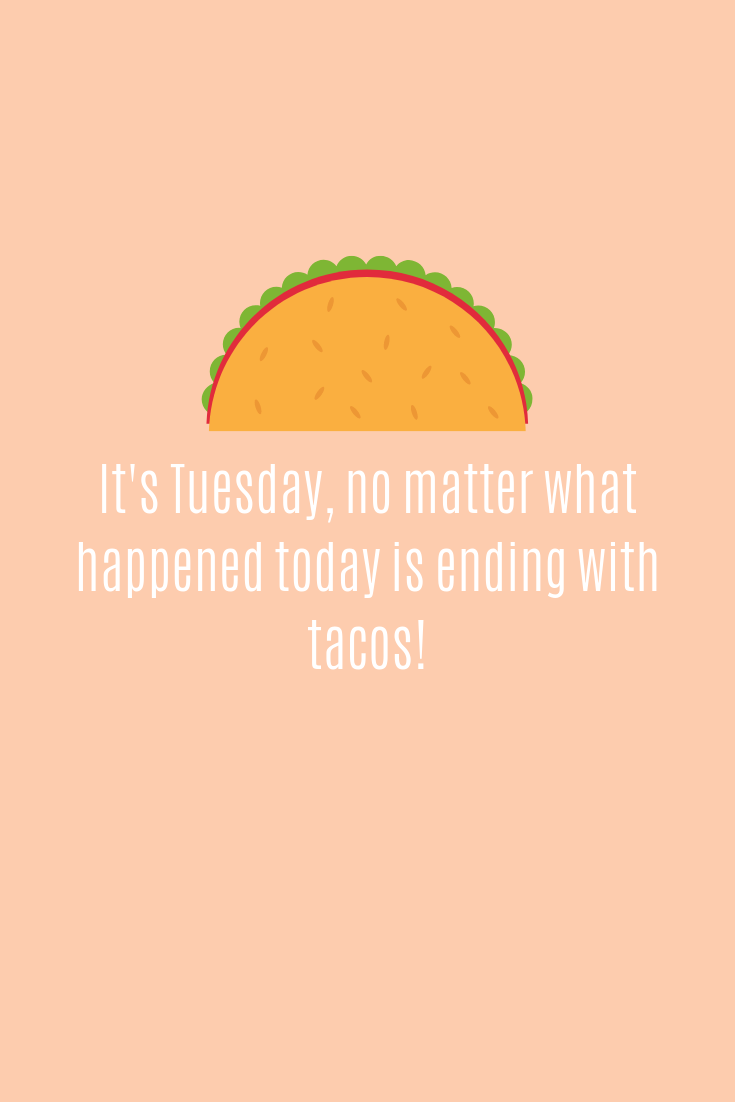 13. Feel bad, could be worse. Tuesday’s are some people’s Mondays.

14. Tuesday is trash day, so I know I’m always starting the day with a workout.

15. You made it through so many Tuesdays in life, you can handle this one.

17. Start today with positivity – change begins with your thoughts.

20. 2 Coffee Tuesdays – buy coffee every Tuesday for you and another for a friend.

21. Taco Tuesday is on a Tuesday.
Today is Tuesday.
Coincidence???
I think not!

22. The week doesn’t officially begin until I make it through Monday without killing anyone.

Find a reason to celebrate any Tuesday

23. Remember when it was your birthday and Tuesday. Let’s celebrate the anniversary of that. 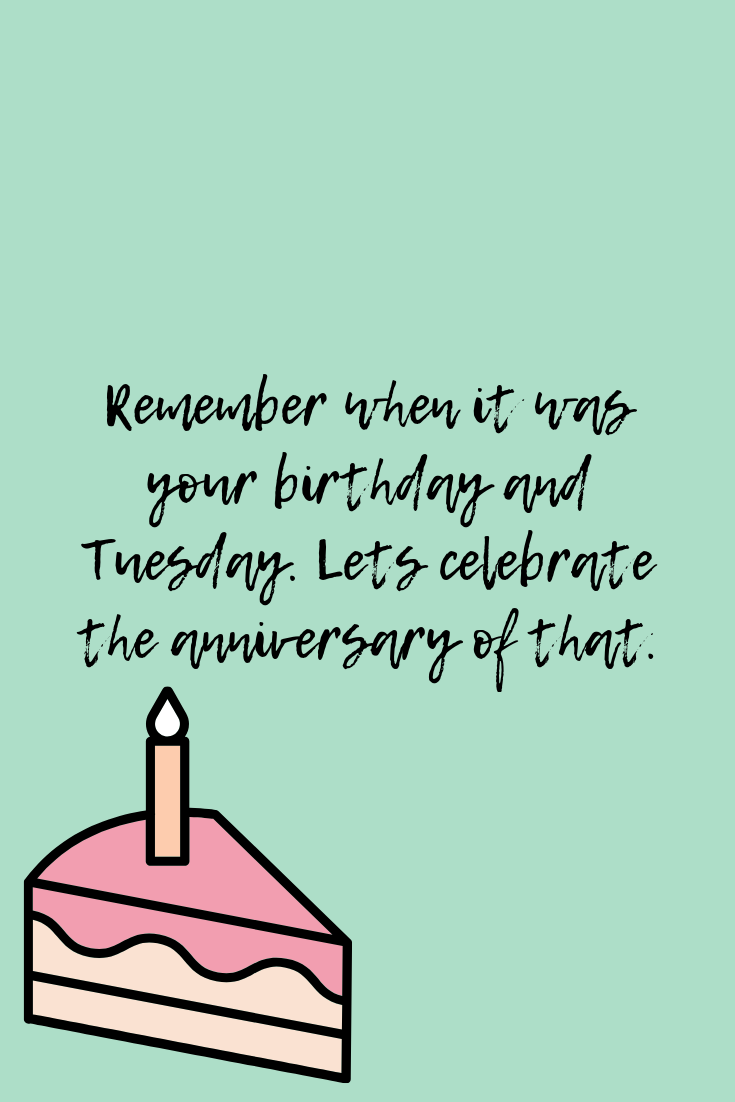 24. It’s Tuesday, but a bunch of people probably got engaged today!!!

25. It just a Tuesday to you, but someone today got told they are cancer-free!

27. Someone is sweating out at the gym today so that I can eat tacos in peace.

28. Think of all the restaurant staff you support with your commitment to Taco Tuesdays.

And after you get through Tuesday, check out these hump day quotes for an awesome Wednesday as well!