Inside: Wolf quotes that are bold and powerful to show your spirit animal strength.

Wolves held a high place of honor amongst the nomadic Native American tribes, with many tribes considering wolves to be closely related to humans.

May these quotes and phrases inspire you to have the same qualities of the wolf – loyal, fearless and intelligent. 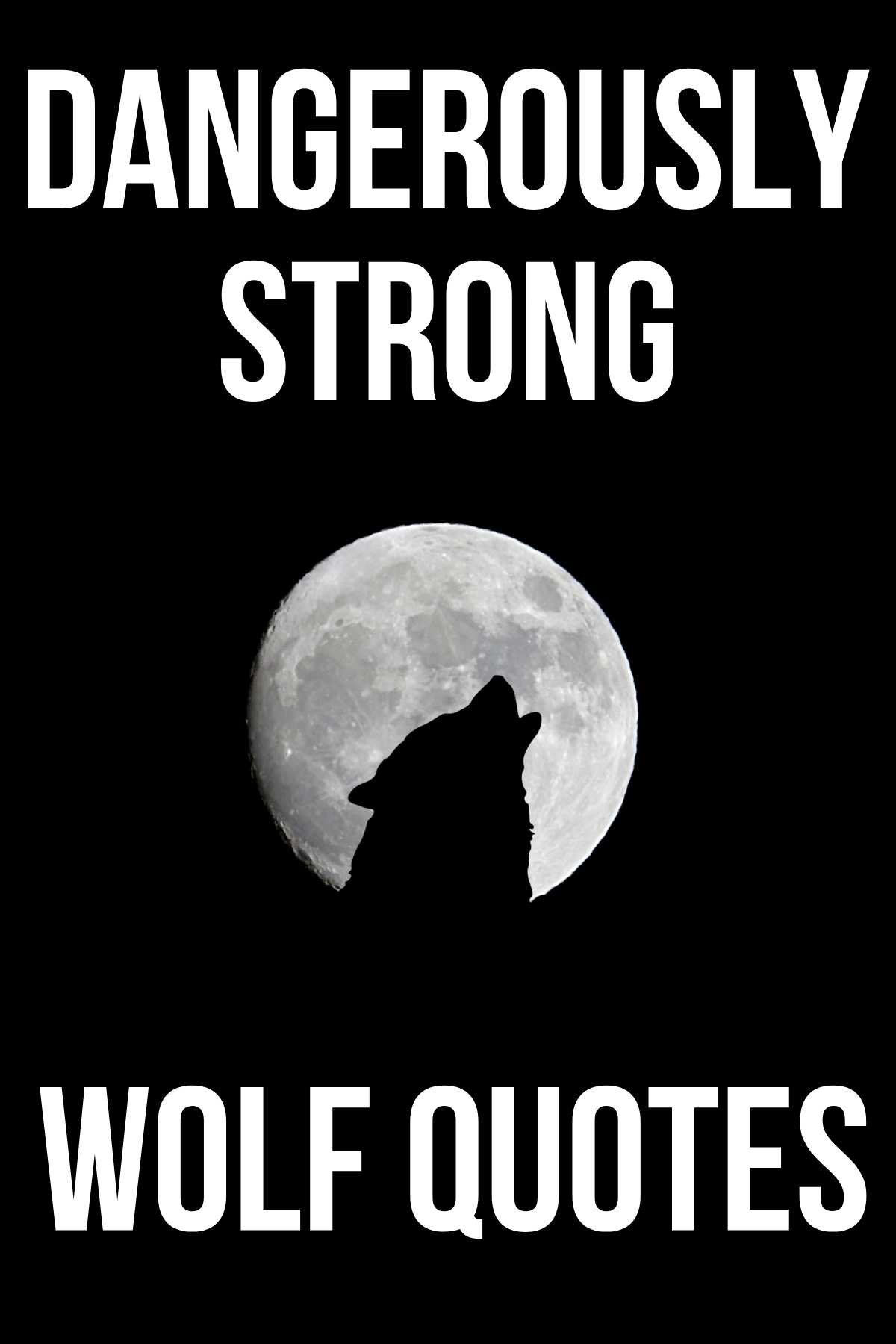 1. “Some days I am more wolf than woman, and I am still learning how to stop apologizing for my wild.” ― Nikita Gill

2. “Be like a lion and a wolf, then you have a big heart and the power of leadership.” – Unknown

3. “Those are the voices of my brothers, darling; I love the company of wolves.” – Angela Carter

4. “She slept with wolves without fear, for the wolves knew a lion was among them.”- R.M. Drake

5. “It never troubles the wolf how many the sheep may be.” -Virgil

6. “There is a battle of two wolves inside us all. One is evil. It is anger, jealousy, greed, resentment, lies, inferiority and ego. The other is good. It is joy, peace, love, hope, humility, kindness, empathy and truth. The wolf that wins? The one you feed.– Cherokee Proverb

7. “All species capable of grasping this fact manage better in the struggle for existence than those which rely upon their own strength alone: the wolf, which hunts in a pack, has a greater chance of survival than the lion, which hunts alone.” -Christian Lous Lange

8. “Where there are sheep, the wolves are never very far away.” — Plautus

9. “There are nights when the wolves are silent and only the moon howls.” — George Carlin

10. “According to the Iroquois, when the Creator made the animals of the earth, He shot each one in the left hind leg so that humans would be able to catch them, but He missed the wolf.” – Bruce Hampton, The Great American Wolf

11. “If you live among wolves you have to act like a wolf.” – Nikita Khrushchev

12. “The Canis Lupus, both wolf and man, were meant to be a family with one another. We gain strength through our bond with each other.” – Quinn Loftis 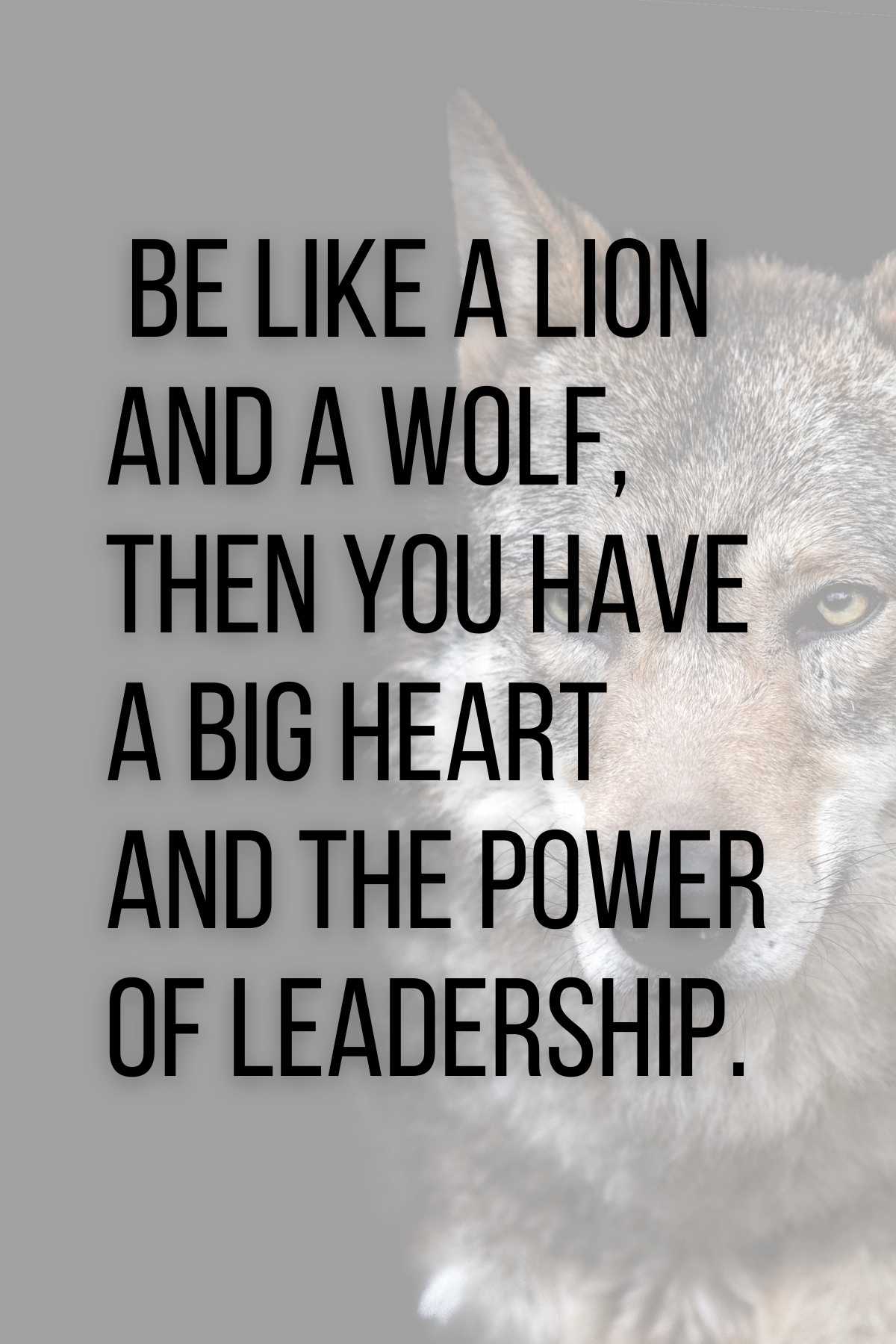 13. “It is madness for sheep to talk peace with a wolf.” -Thomas Fuller

14. “I woke up one morning thinking about wolves and realized that wolf packs function as families. Everyone has a role, and if you act within the parameters of your role, the whole pack succeeds, and when that falls apart, so does the pack.” -Jodi Picoult

15. “I guess I’m pretty much of a lone wolf. I don’t say I don’t like people at all, but, to tell you the truth, I only like it then if I have a chance to look deep into their hearts and their minds.” -Bela Lugosi

17. “We all have our preferences – some people go for birds – but for me, there’s just something about the wolf; the design of it is really aesthetically pleasing.” -Sarah Hall

18. “Oh, those golden-yellow eyes of the wolf! You can feel yourself being pulled in. I knew I had been accepted – and that I had spoken to another species.” -Jean Craighead George 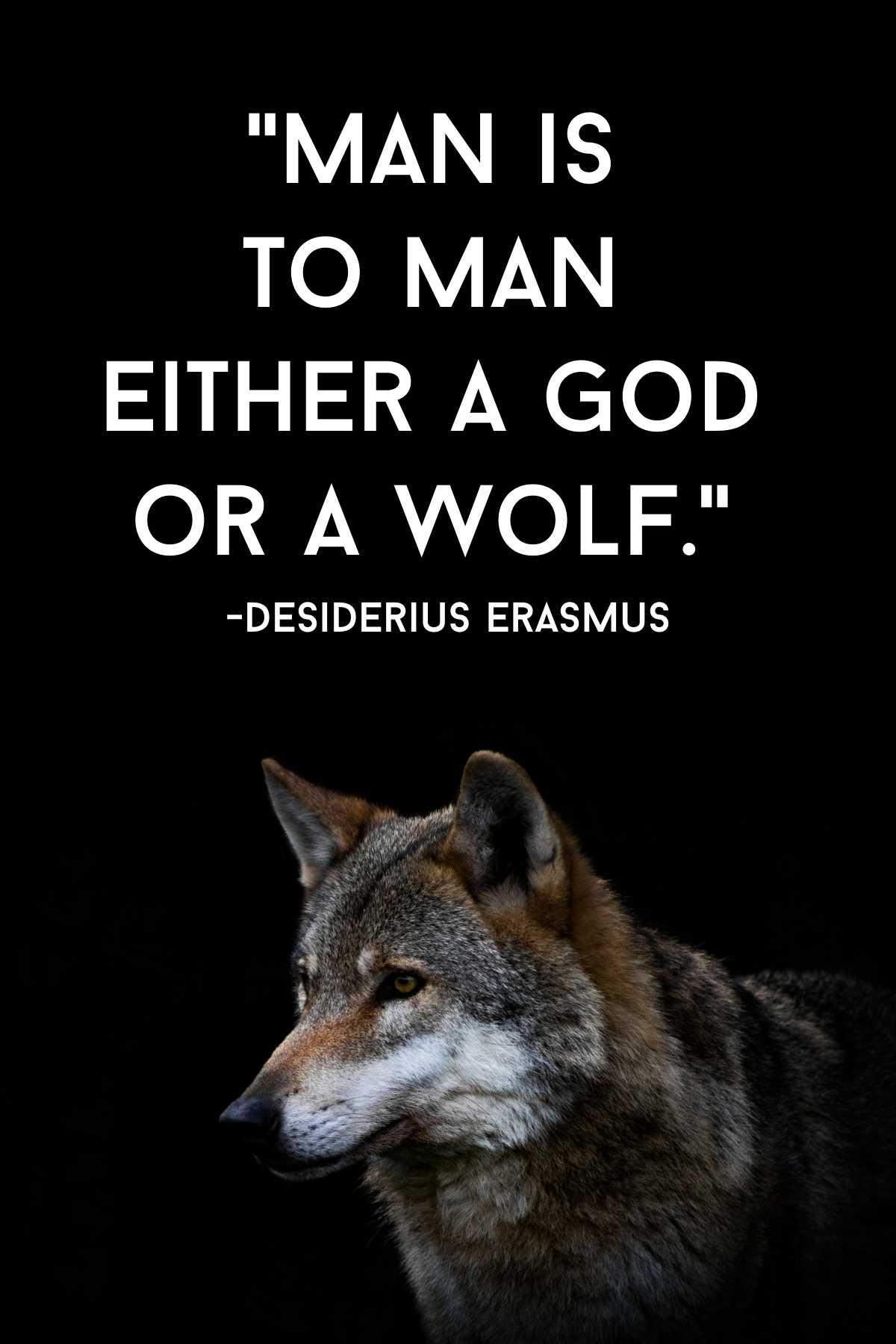 22. “The wolf exerts a powerful influence on the human imagination. It takes your stare and turns it back on you” – Barry Lopez, ‘Of Wolves And Men’

23. “A man might befriend a wolf, even break a wolf, but no man could truly tame a wolf.” – George R.R. Martin, ‘A Dance With Dragons’

24. “The Wild still lingered in him and the wolf in him merely slept.”- Jack London, ‘White Fang’

25. “I have wolf blood and wolf bones… Don’t expect me to graze with sheep.”- Melody Lee, ‘Moon Gypsy’

27. “The wolves in the woods have sharp teeth and long claws, but it’s the wolf inside who will tear you apart.” – Jennifer Donnelly, ‘Stepsister’

28. “You are Arya of Winterfell, daughter of the North. You told me you could be strong. You have the wolf blood in you.” -George R.R. Martin, ‘A Clash of Kings’ 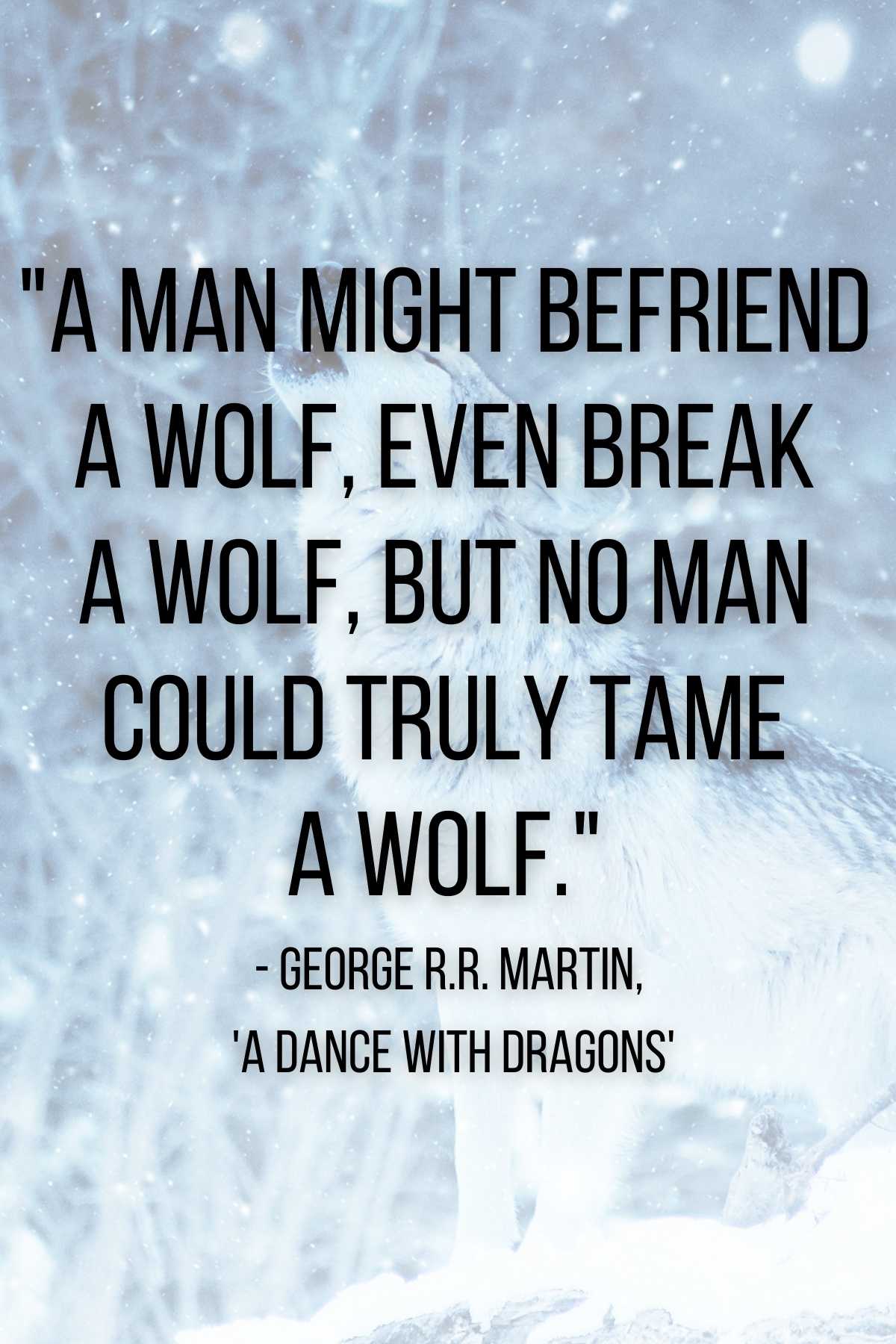 29. “Be careful of the curse that falls on young lovers / Starts so soft and sweet and turns them to hunters / A man who is pure at heart and says his prayers by night / May still become a wolf when the autumn moon is bright”. -Florence + the Machine, Howl

30. “But we’re running out of time / Oh, all the echoes in my mind cry / There’s blood on your lies / The sky’s open wide / There is nowhere for you to hide / The hunter’s moon is shining / I’m running with the wolves tonight.” -Aurora, Running with the Wolves

32. “Sheltered, you better keep the wolf back from the door / He wanders ever closer every night / And how he waits begging for blood / I promised you everything would be fine” -Mumford and Sons, Wolf

34. Throw me to the wolves & I’ll return leading the pack

36. “Love will find a way through paths where wolves fear to prey.” — Lord Byron

38. Fate whispered to the wolf, “You cannot withstand the storm,” and the wolf said, “I am the storm.”

39. A wolf doesn’t concern himself with the opinions of sheep.

40. “Hunger drives the wolf out of the wood.” – German Proverb 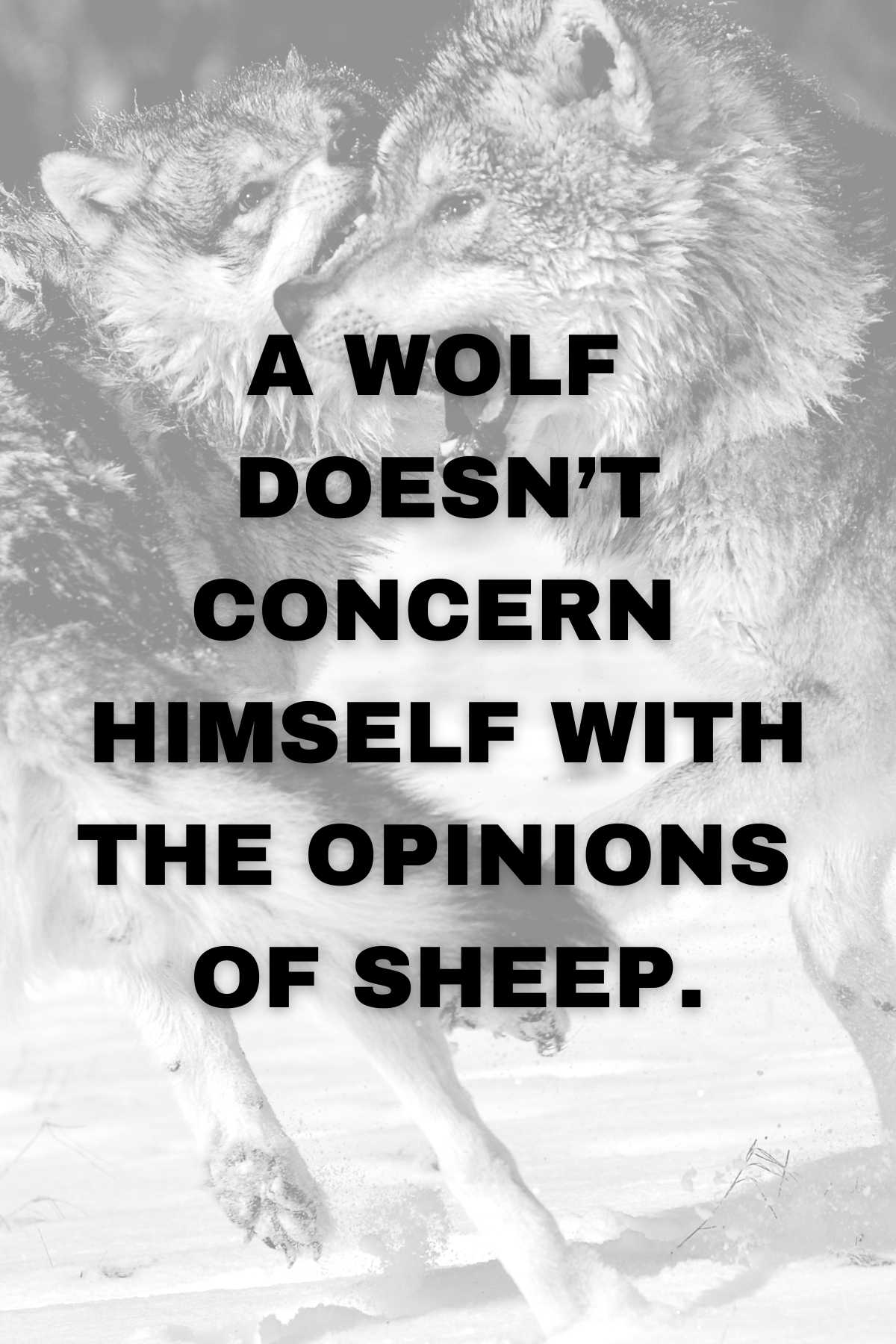 Whether you love or fear wolves, hopefully you are inspired by their unique traits! This list of wolf quotes really highlights the way they fascinate and also terrify us and have for thousands of years.