Inside: The best college wrestling quotes to read every day.

If you are a wrestler or have been a wrestler in the past, you know what an amazing sport it is. No other sport takes as much coordination and strength as this one does. You have nothing to work with but the body you have.

Getting good at your craft for something as serious as wrestling takes years of practice.  During these years, you may have learned the power of feeling inspired.

You could be totally laid out, but when your coach puts on his inspirational speech, it gives you the energy to get back up. 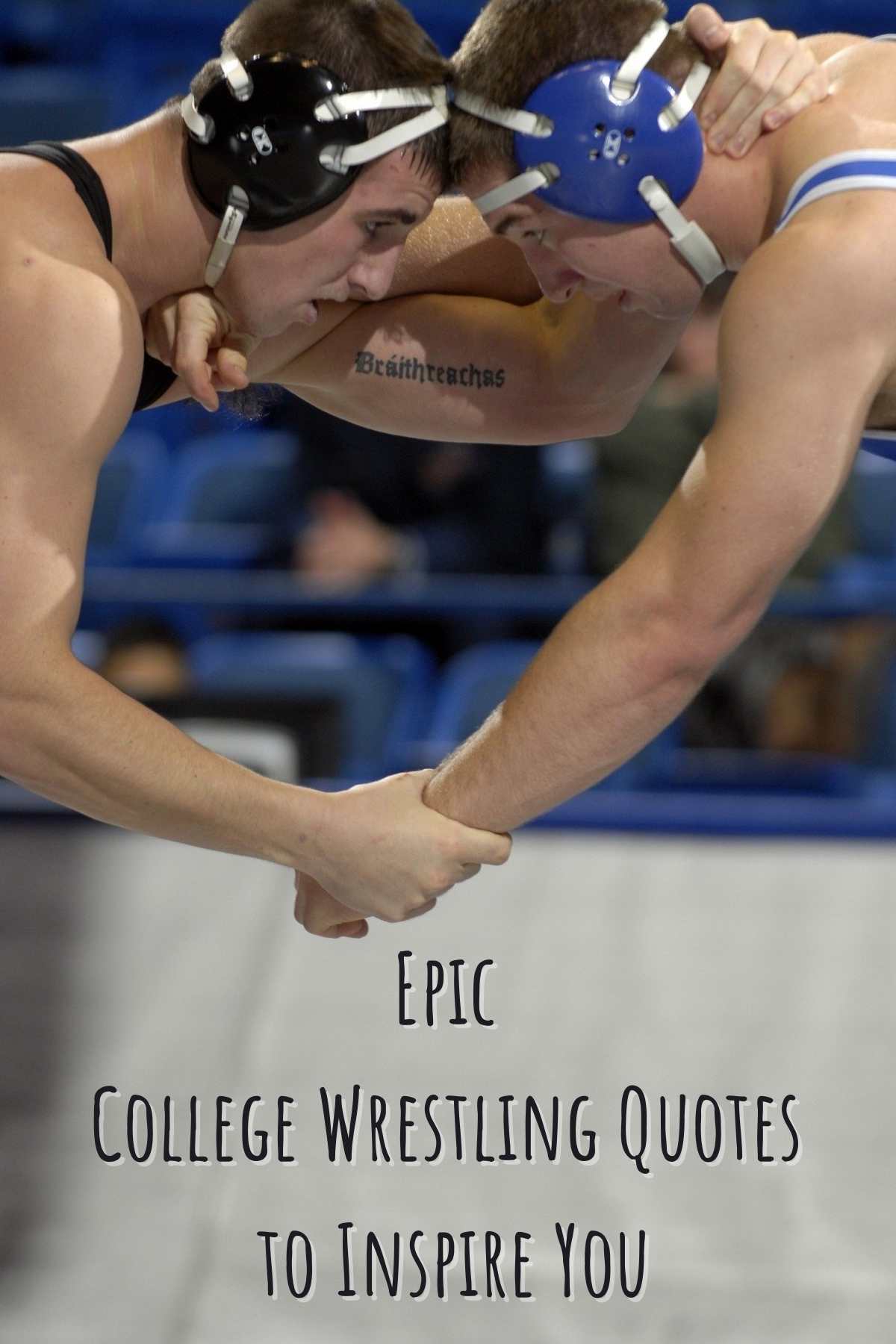 That feeling that inspiration is what I wanted to give you today. I have gathered some of the best college wrestling quotes from the best players in the game for you to read. See how you feel after going through this list; by the end, you will incorporate it into your daily routine.

First up, here is a list of some of the most epic College wrestling quotes that will inspire you to work even harder towards your sports goals. I think wrestling is one of the most powerful sports out there because of how well you have to get to know your body. It can be such a tiring journey, but it is worth it.

1. “Gold medals aren’t really made of gold. They’re made of sweat, determination, and a hard-to-find alloy called guts.” -Dan Gable

2. “Wrestling is a staple of life…not just a sport but a way of looking at everything in a different way. A push through all the sweat, every black eye, every drop of blood, each labored breath by practice’s end, all effectively bandaged by potential; victory at the end of each match. Success is not final; failure is not fatal: it is the courage to continue that counts.”

3. “To be a champ, you have to believe in yourself when no one else will.”

4. “Thre are no losers in wrestling, only winners and learners.”

5. “I breathe wrestling. It’s in my blood. I have the kind of confidence when I walk into the ring because I know I am good.” -Randy Orton

6. “It’s not whether you get knocked down; it’s about getting back up.”

8. “Blood, sweat, and respect. The first two you give, the last one you earn.”

9. “In wrestling, you have many opponents, but the toughest you will face is yourself.”

10. “Wrestling was the national championship sport established by the NCAA, following track and swimming.” 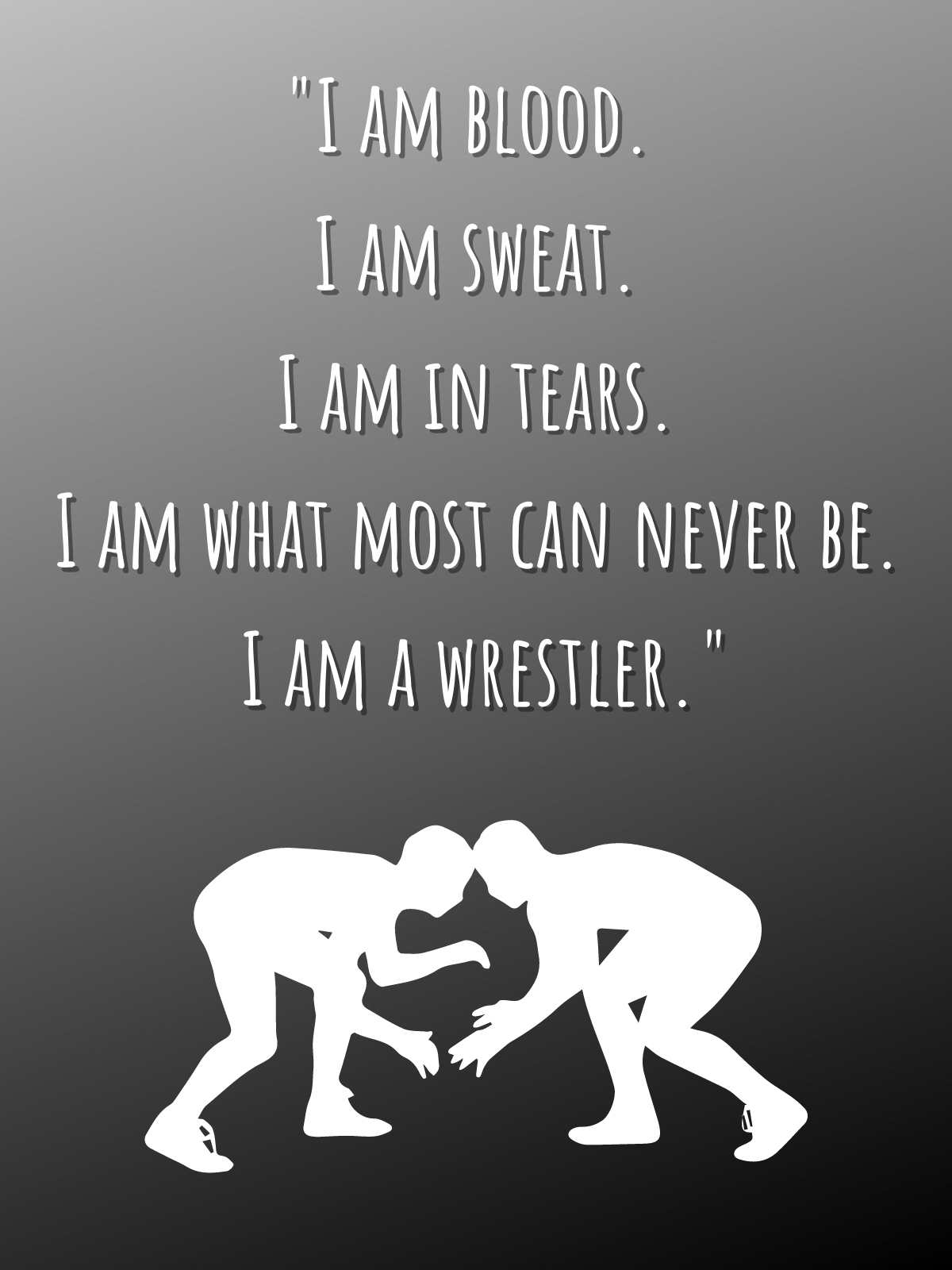 These are simple but powerful. Like some of the best wrestling moves! Check these out and memorize the ones that inspire you most. That way, you can pull from them while you are training. Maybe even print it out and hang it somewhere that you see every day.

14. “Don’t be hesitant to set high standards for yourself. Working hard never stops. Your dreams shouldn’t either.”

16. “Never surrender. Defeat or retreat is not in my words. I don’t understand those definitions. I keep wrestling until the REF stops the match.”

Here we have some more moving quotes about sports. I think that sports are one of the most important things us humans can do. They make you put your all into one goal. You have to be in the moment. It’s like meditation. Plus it’s good for you, like where can you go wrong?

19. “I don’t want to hang on to win a match by one point. The sport needs guys that are going out there to score points.” – David Taylor

21. “The art of living is more like wrestling than dancing.” – Marcus Aurelius

23. “To be a great champion, you must believe you are the best. If you’re not, pretend you are.” – Muhammad Ali

24. “More endearingly than any other sport, wrestling teaches self-control and pride.”

26. “Wrestling because every other sport only requires one ball.”

27. “Once you have wrestled, everything else in life is easy.” – Dan Gable

28. “I forgot how it felt like to have the top of my foot hurt so bad from kicking people in the face.” – Randy Orton

29. “How do you deal with the ability to endure suffering.” – Ali Jahani 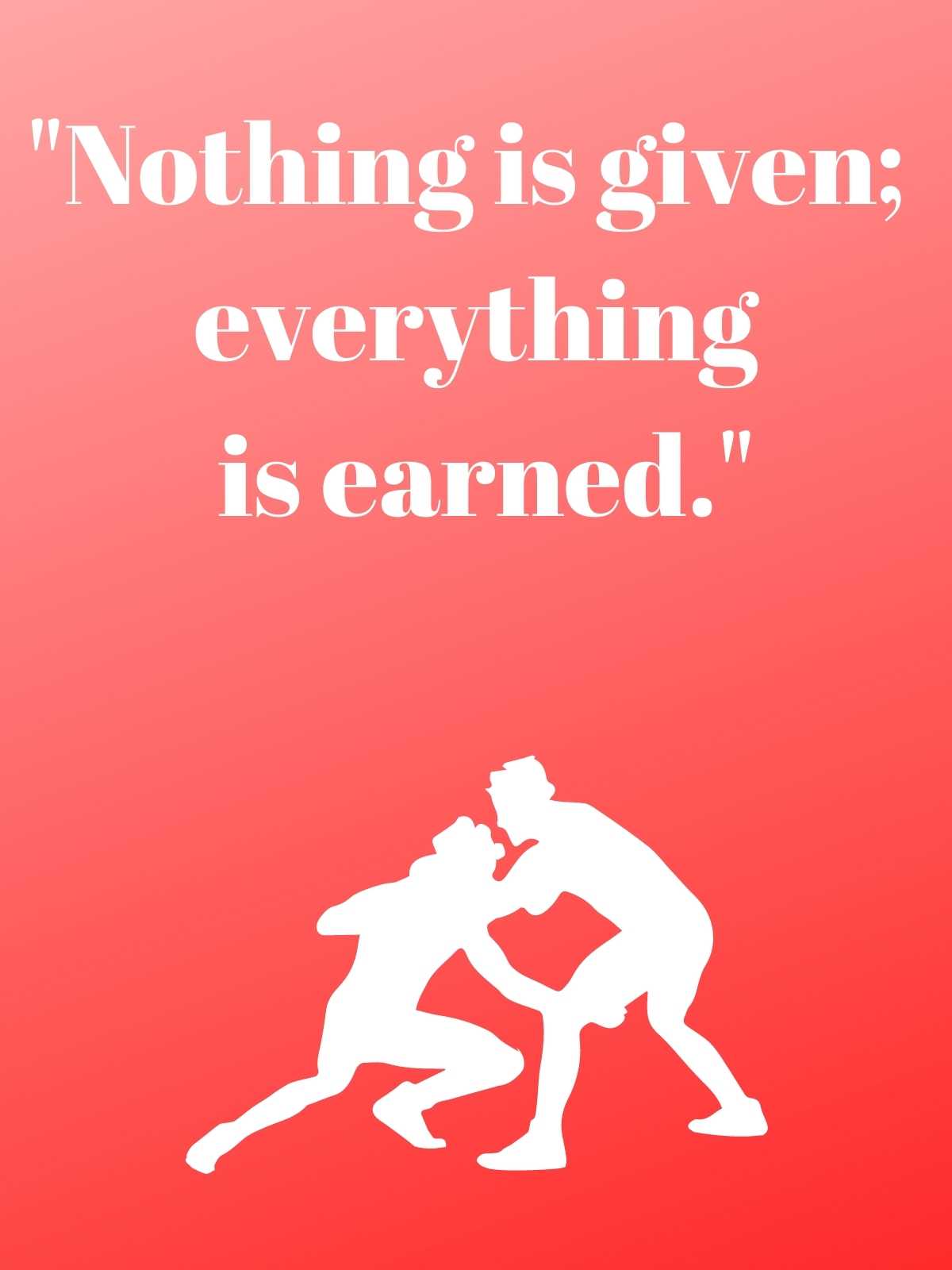 College Wrestling Quotes to Hype You Up

When it comes to wrestling, the more hype you are, the better you play. So read these quotes before every practice and every game; you will be properly hyped up. After all, who needs a hype man when you have hype quotes?

30. “Everything I do is to become better, the best ever, I am not going to stop.” – Dolph Ziggler

31. “From the wrestling of his own soul with great enemy, comes that depth and mystery which startles us in hamlet.” – Jones Very

32. “I learned long ago never to wrestle with a pig. You get dirty, and besides, the pig likes it.” – George Bernard Shaw

34. “Nothing is given; everything is earned.”

35. “I don’t have to say to you or anyone in our wrestling community that we are a small world WWE ourselves and there is often a big difference in how we love and understand eachother and how little we’re understood or appreciated by people who spend their weekends watching basketball.” -John Irving

36. “If you train, you work hard, you’re actually 110 percent dedicated, you’re doing it for all the right reasons, you’re probably gonna end up on the top. You know the cream always rises to the top.”

37. “I wrestle. This is my identity. The reason I wake up every morning. The internal drive that will stay with me forever. Wrestling defines me.” 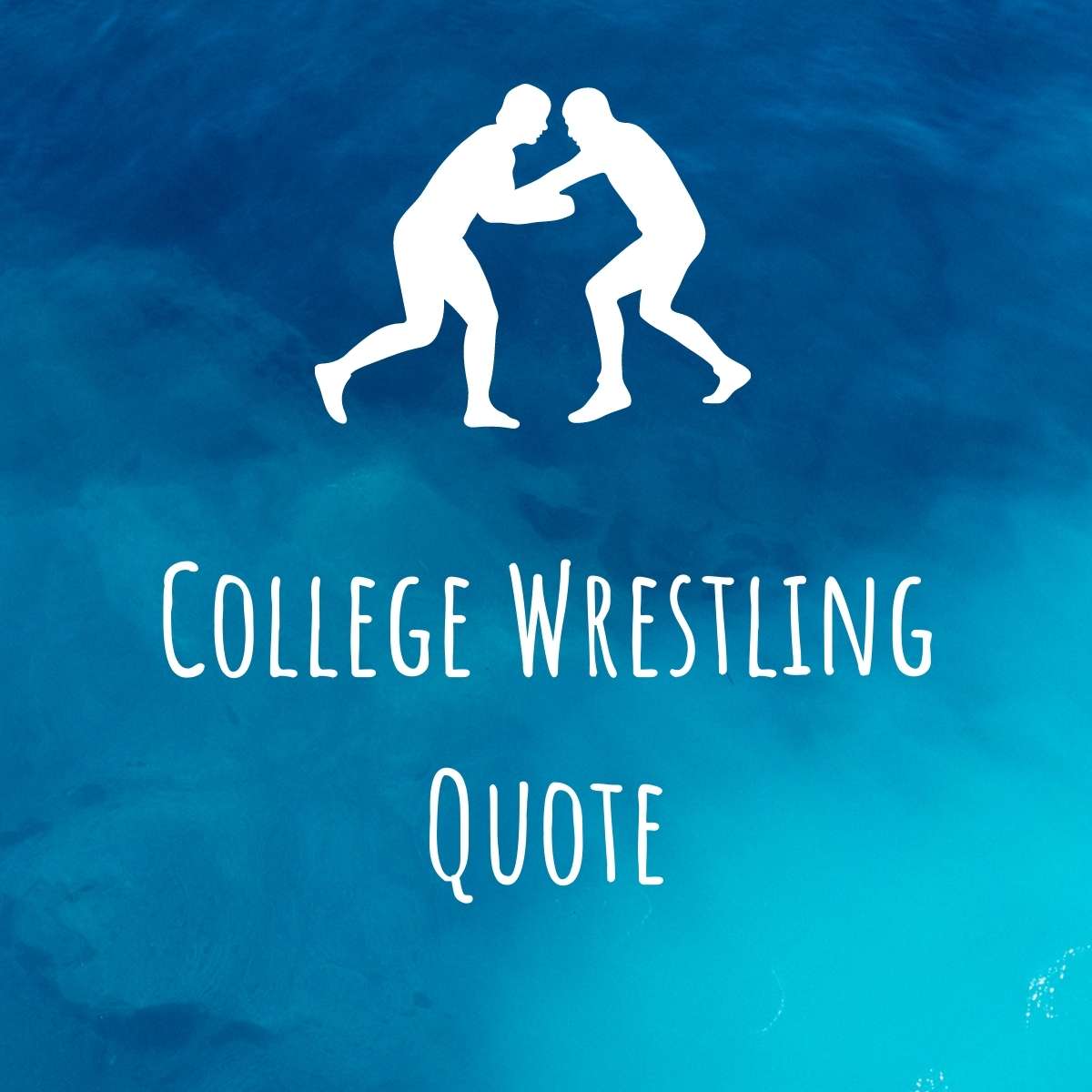 What did I tell you? These quotes really know how to get a person hyped for their craft! I mean…I am only a wrestling FAN, and I am feeling truly inspired to start working toward my goals.

That is the beauty of this sport. The things you learn while playing can bleed into every other aspect of your life, not just this one sport. You learn so much. I hope you enjoyed these college wrestling quotes.

If you want to keep up this inspirational party, we have many more where these came from. Check these out!