Is there anything cuter than a fuzzy llama? The adorable animal has had a resurgence in popularity in the last few years, and it’s easy to see why.

They are so fun to watch and make an adorable cartoon.

If you want to show off your llama love, here are adorable llama quotes, captions and sayings! 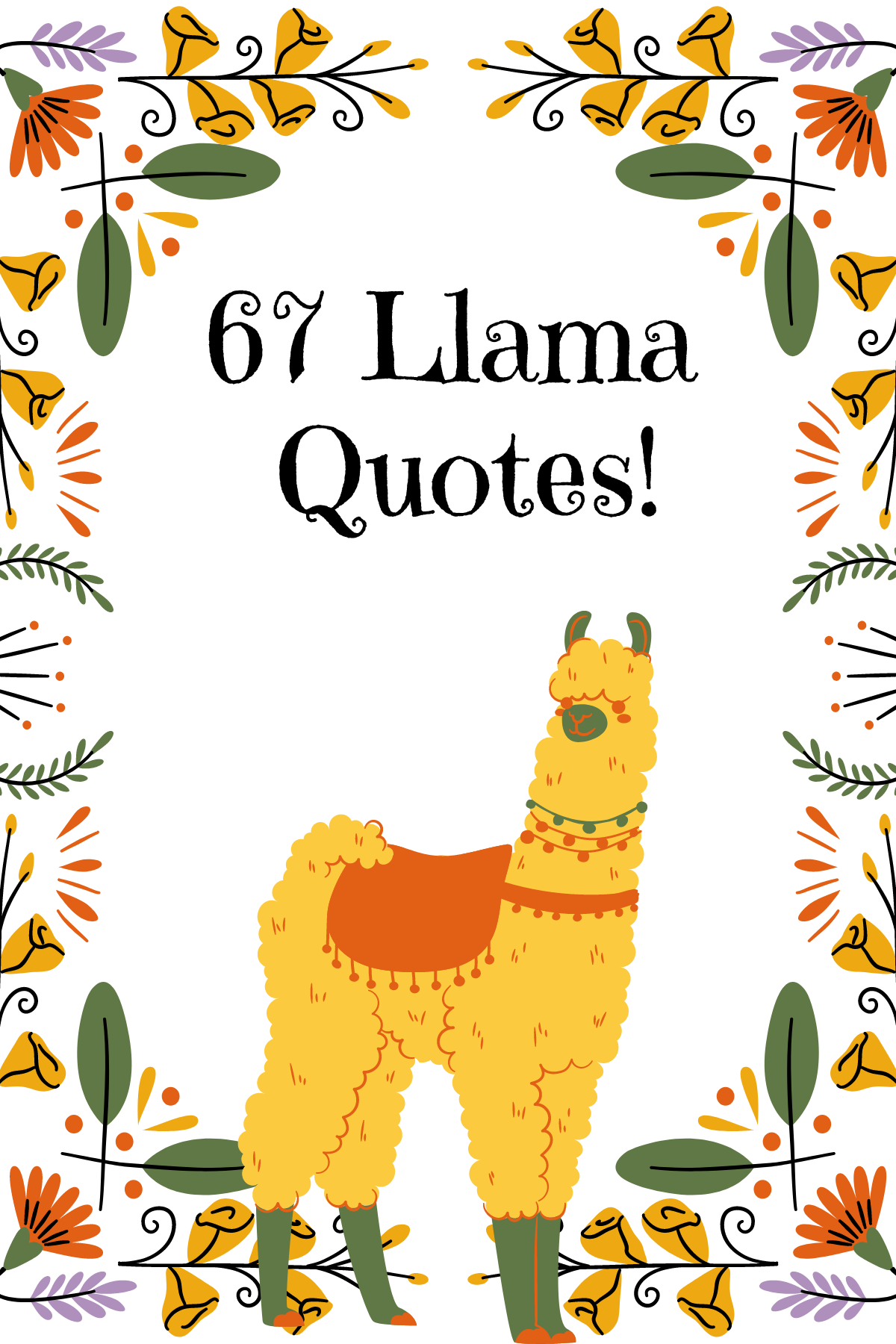 2. Save the drama for your llama!

3. “May the llama of happiness forever spit in your direction.” -Unknown

5. Be like the llama: climb mountains, hold your head high and don’t spit into the wind. 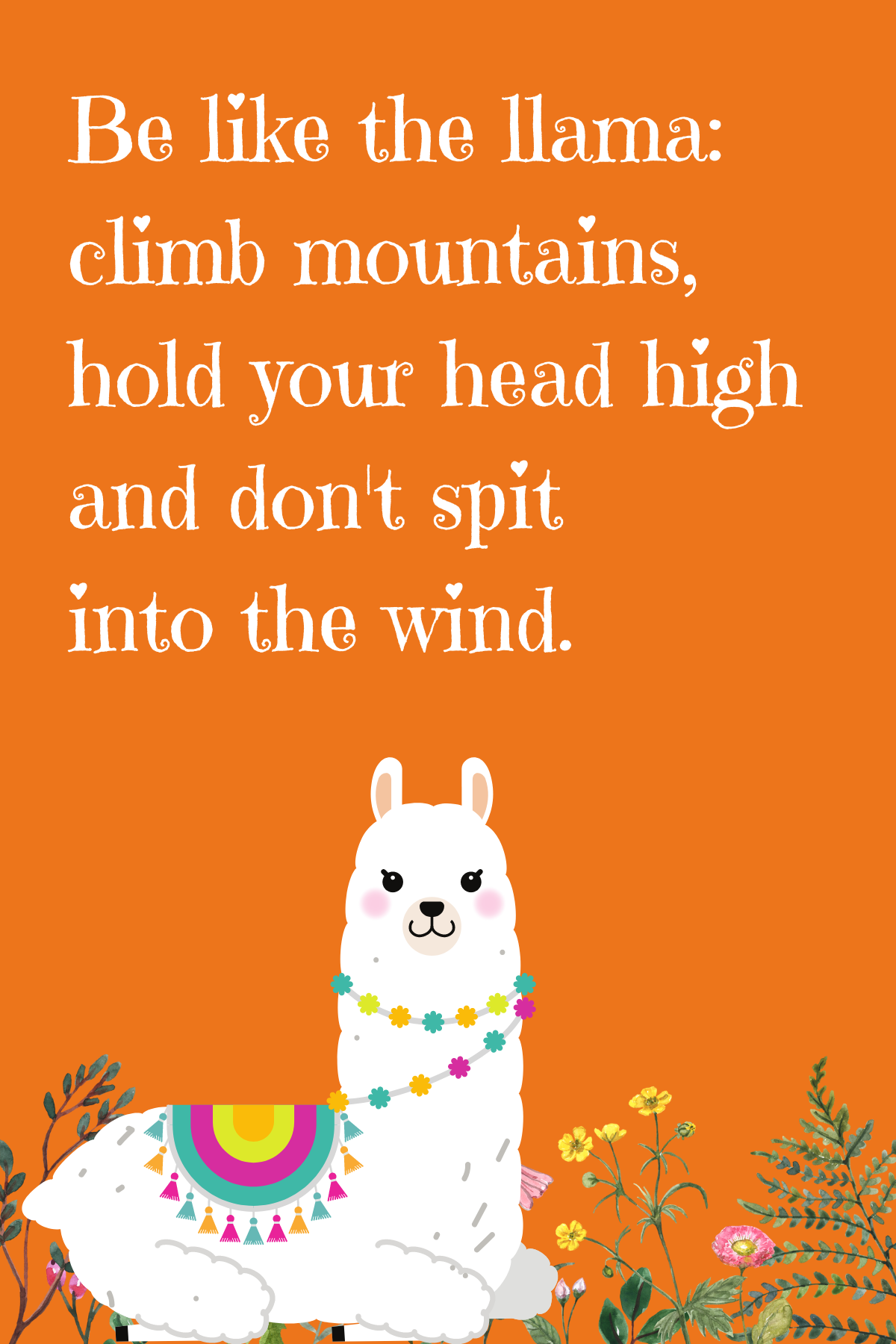 8. Mama llama ain’t got time for your drama!

11. “If we all end up as llamas, I’m going to spend the rest of my life following you around saying ‘I told you so’ in llama-ese.” -Julie Kagawa

Llamas with Hats is a Dark Comedy animated web series created by Jason Steele of FilmCow. The series features two llamas, both wearing hats. Paul accuses Carl of committing a horrible crime. Carl’s crimes become worse and worse with each episode. Though dark, it did produce some funny quotes.

12. “I’m coming in, Paul! I’m sorry if this violates your restraining order, but it’s important!” -Carl

13. “That was a foot—I appear to have swallowed an entire person.” -Carl

14. “My stomach was makin’ the rumblies that only hands could satisfy.” -Carl

15. “I’m a dangerous sociopath with a long history of violence.” -Carl

18. “You were headbutting children off the side of the ship!” -Paul 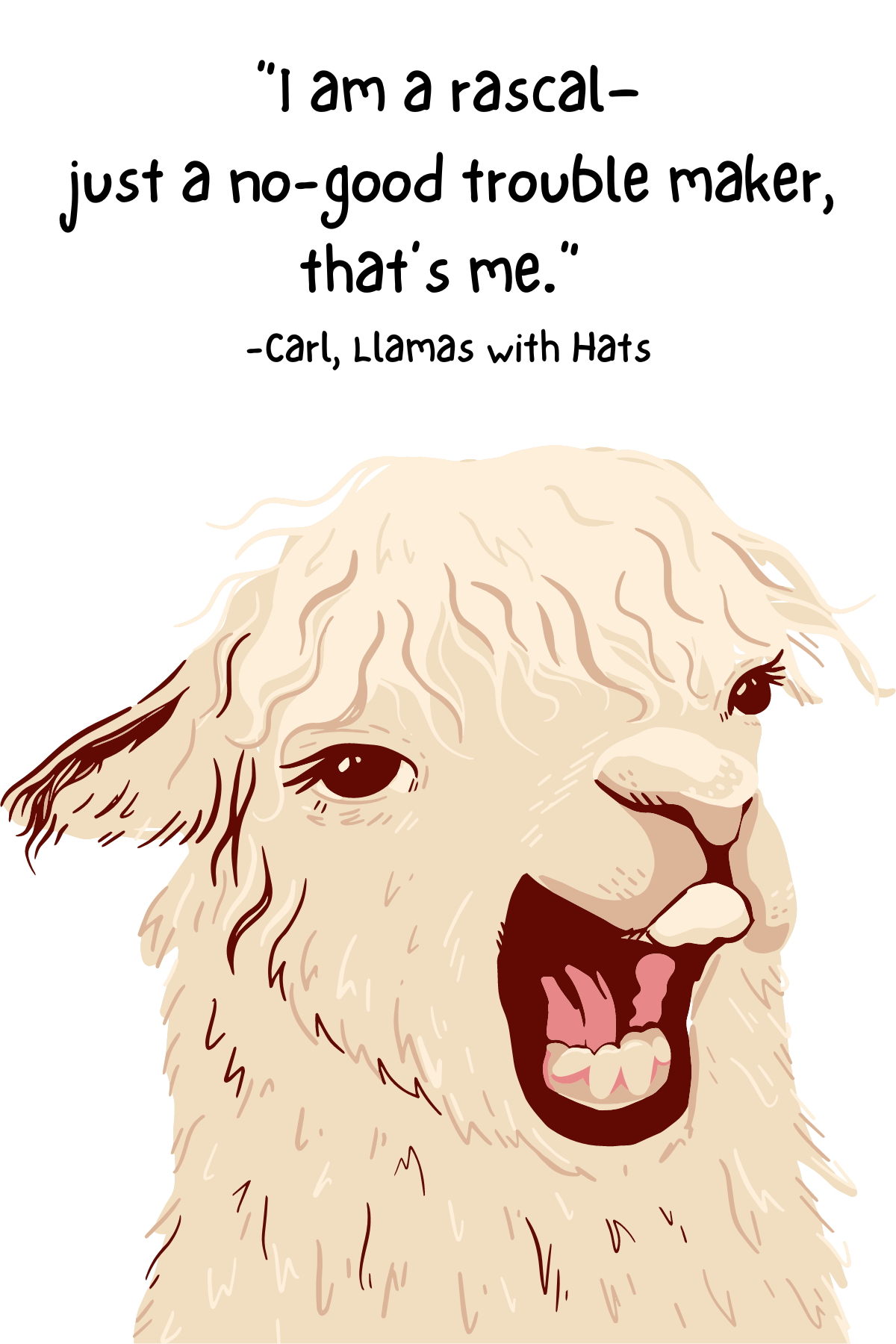 23. “Llamas can drive—they just don’t know it yet.” -Llama Queen

24. “And I will bring a llama into the place where you sleep and make sure that it urinates on everything you possess.” -Cassandra Clare

25. “The llama felt extremely irritable and itchy. He probably had fleece.” -Unknown

27. “The llama couldn’t see because someone pulled the wool over his eyes.” -Unknown

28. What happens when you get stuck between two llamas? You get llamanated.

29. Why did the llama win the rap battle? Because he was good at spitting. 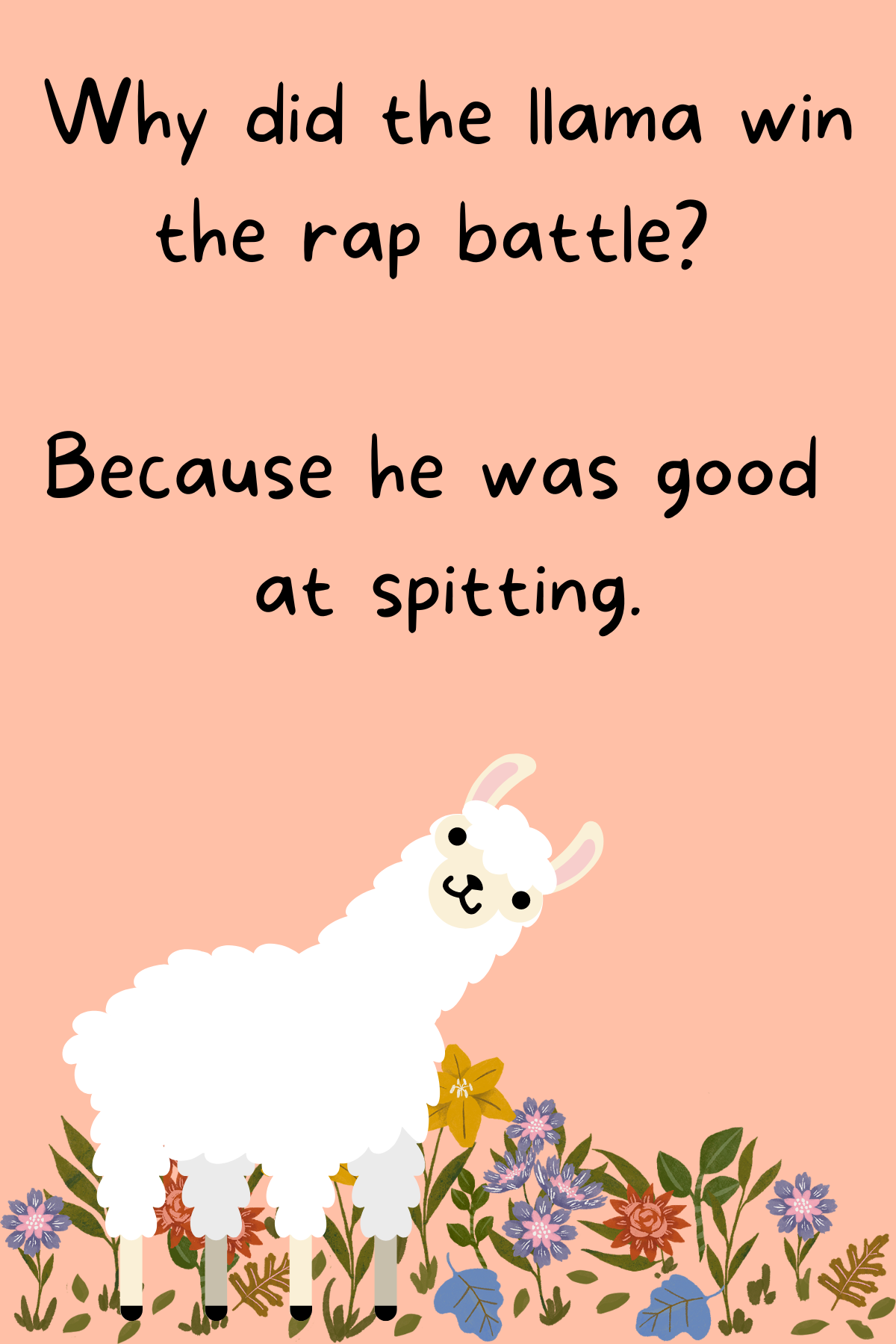 30. What do you call two llamas standing next to a bell? Llama llama ding dong.

31. “The two llamas who stood close were within spitting distance.” -Unknown

33. “I tossed out my husband eight years ago and got a llama instead. Best decision I ever made.” -Jodi Picoult

34. What did the llama say when she was invited to the picnic? Alpaca sandwich. 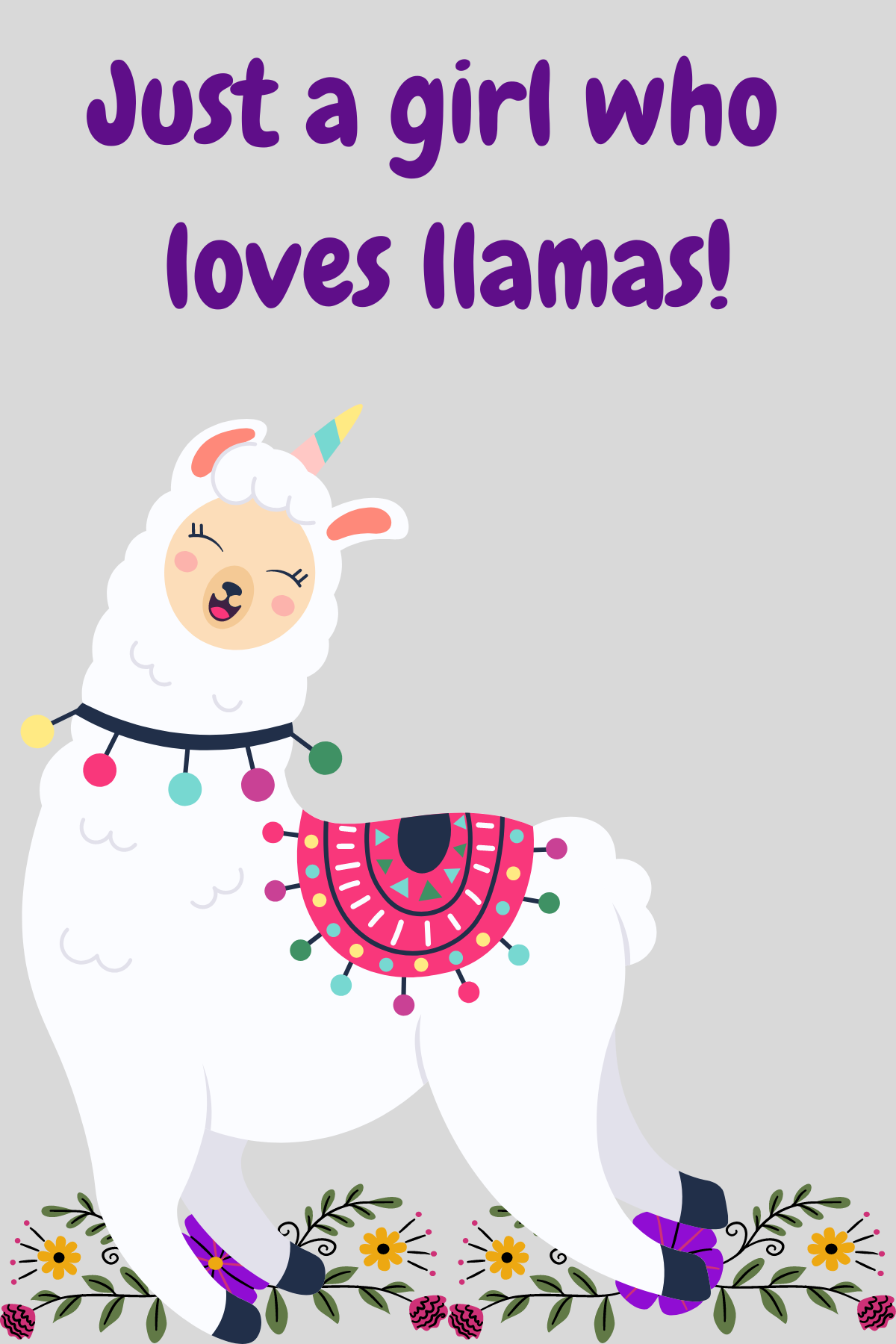 37. Llamas will steal your heart.

38. Have you ever booped a llama snoot?

40. Llamas are made for snuggles.

45. A whole llama learning going on!

47. “If I ever become a king, I’m totally going to ask him for an army of giant golden acid-spitting llamas. Okay, sorry. I got distracted again.”-Rick Riordan 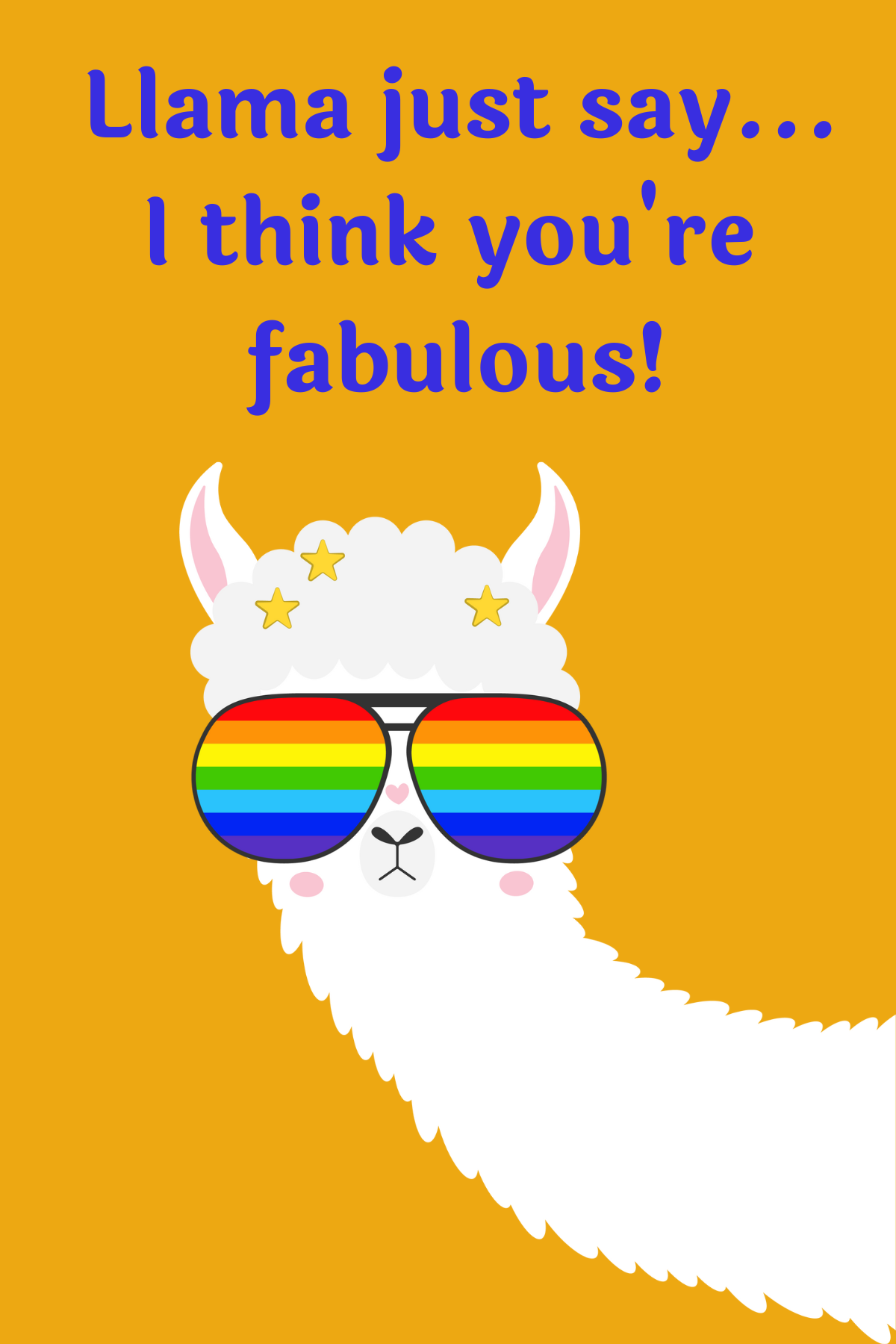 51. “The Llama is a woolly sort of fleecy hairy goat, with an indolent expression and an undulating throat; like an unsuccessful literary man.”-Hilaire Belloc

52. “There is nothing like a llama—well, maybe an alpaca. But they’re kinda like trademarks of llamas.” -Llama Queen

53. “Save your drama for a llama because Hollywood is miles and miles away!” -Timothy Pina

54. “I don’t care if you’re a Tangent or a really smart llama. You’re my friend and that’s all that matters.” -James Dashner

55. “As a last resort he went up to the mountains and played there. Magnus was sure that the llama stampede he witnessed was a coincidence. The llamas could not be judging him.” -Cassandra Clare

56. “So yeah, we put llamas everywhere. That was us. We just liked looking at them, so we bred about six million and spread them around.” -Dave Eggers 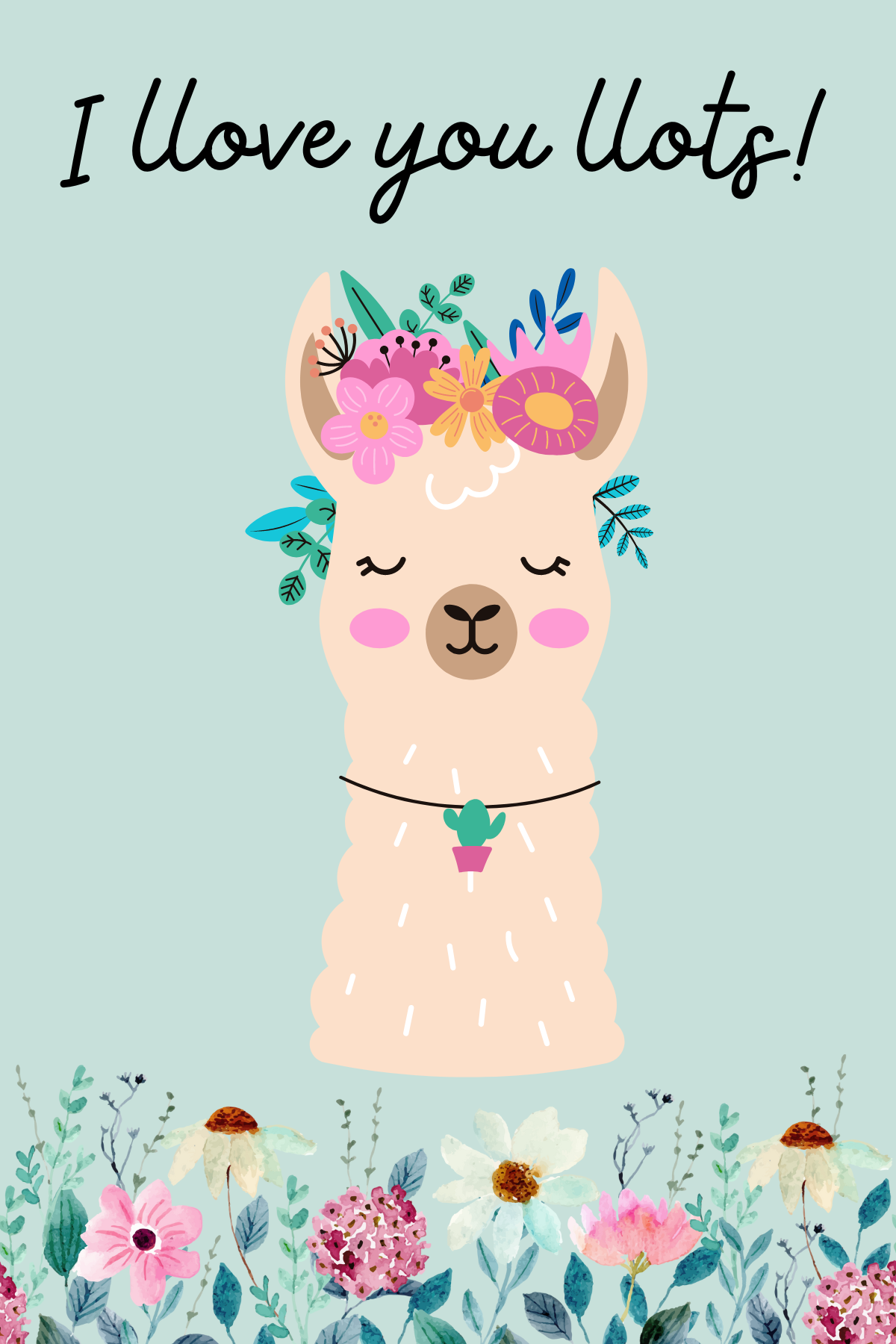 61. Llama Lover parking only. Violators will be spit on!

62. I loved llamas before it was cool.

64. “A tiger would birth a baby llama sooner than Rose would be barefoot in a dirty club.” -Krista Ritchie