Inside: 31 Fake Friends Quotes and Sayings.

We have all had that one friend that surprises us and shows their true colors. There is nothing worse than a fake friend, especially when you are a true friend to them. It is full of heartbreak, betrayal, and hurt feelings when finding out someone’s true colors.

These 31 fake true friends quotes can help you through the hard times and come out a better person and friend yourself. 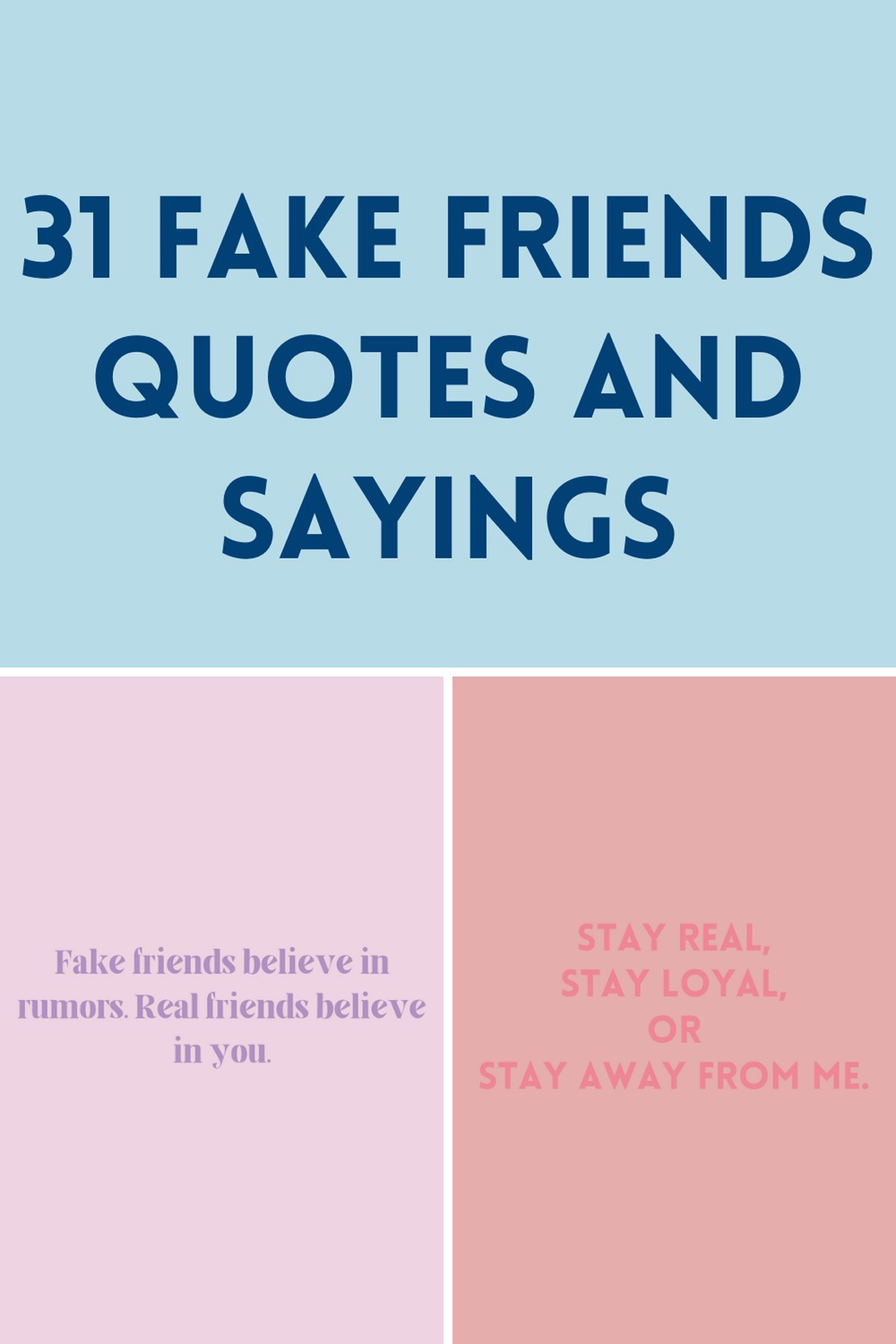 Check out these quotes about friends being fake.

2. Everybody isn’t your friend. Just because they hang around you and laugh with you doesn’t mean you are your friends. People pretend well. At the end of the day, real situations expose fake people, so pay attention

3. Fake friends: once they stop talking to you, they start talking about you.

5. Fake friends are like shadows. They follow you in the sun but leave you in the dark. 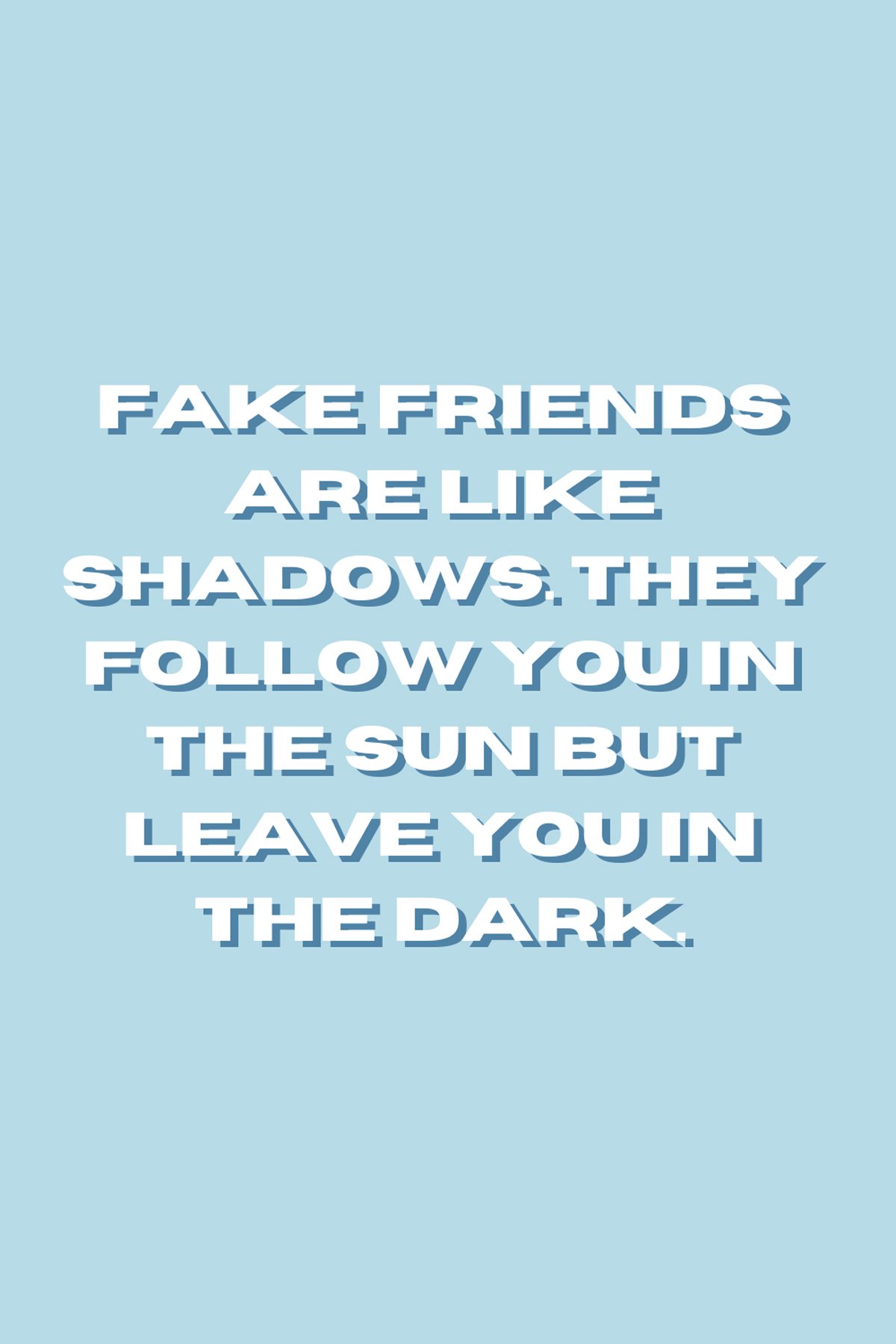 6. I’m so tired of: fake friends, drama, liars, being ignored, getting hurt.

7. An open enemy is better than a false friend.

8. Stay real, stay loyal, or stay away from me.

Quotes About Friends Being Fake

11. It’s funny how you’re nice to my face. It’s hilarious how you talk shit behind my back. And it’s downright comical that you think I’m unaware.

13. I didn’t lose a friend, I just realized I never had one.

14. A real situation will always expose a fake friend.

15. A true friend cares about what’s going on in your life. A fake friend will make their problems sound bigger. Be a true friend.

17. You got nothing to lose. You don’t lose when you lose fake friends.

18. Don’t fear the enemy that attacks you, but the fake friend that hugs you.

20. I don’t have time for fake friends anymore. Either be real or be gone. 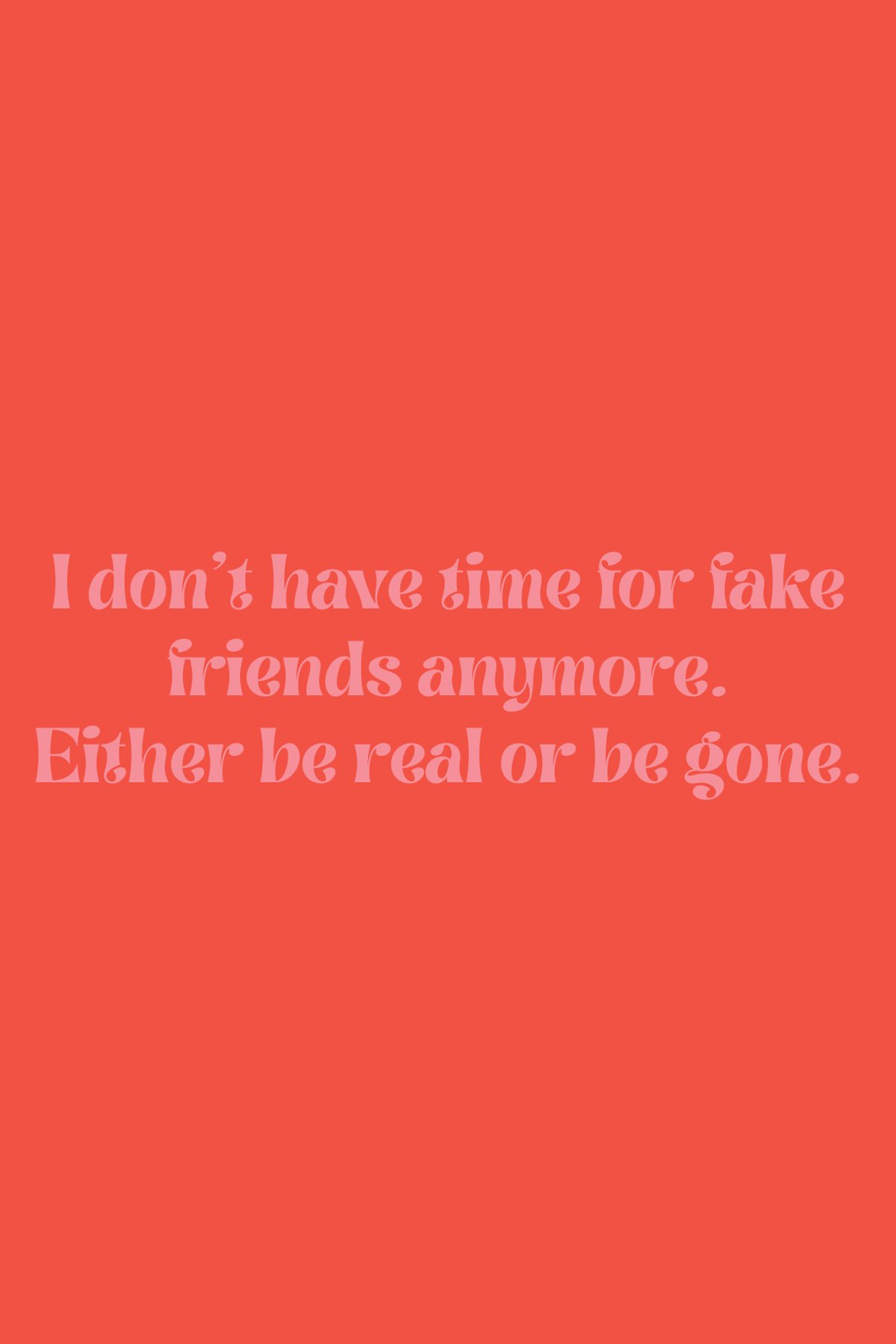 22. One fake friend can do more damage than five enemies.

23. Sometimes it’s not the people who change, it’s the mask that falls off. 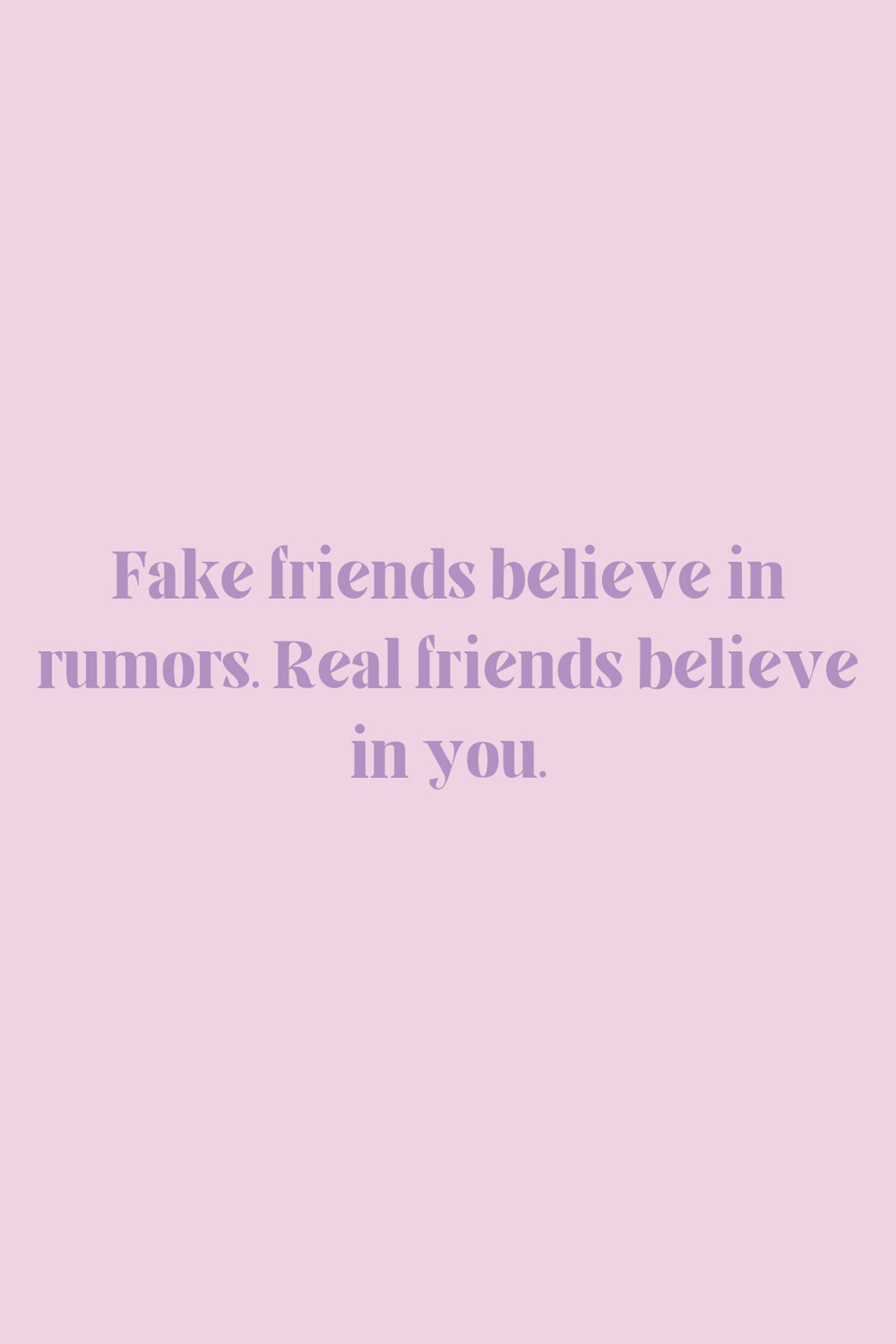 25. Fake friends show their true colors when they don’t need you anymore. Be aware.

26. Only a true friend will tell you to your face, what others are saying behind your back.

27. Fake friends will believe the gossip about you, but real friends know better and stand up for you.

28. A fake friend likes to see you do well, but not better than them.

29. Sometimes you have to give up on people. Not because you don’t care but because they don’t.

30. True friends cry when you leave. Fake friends leave when you cry. 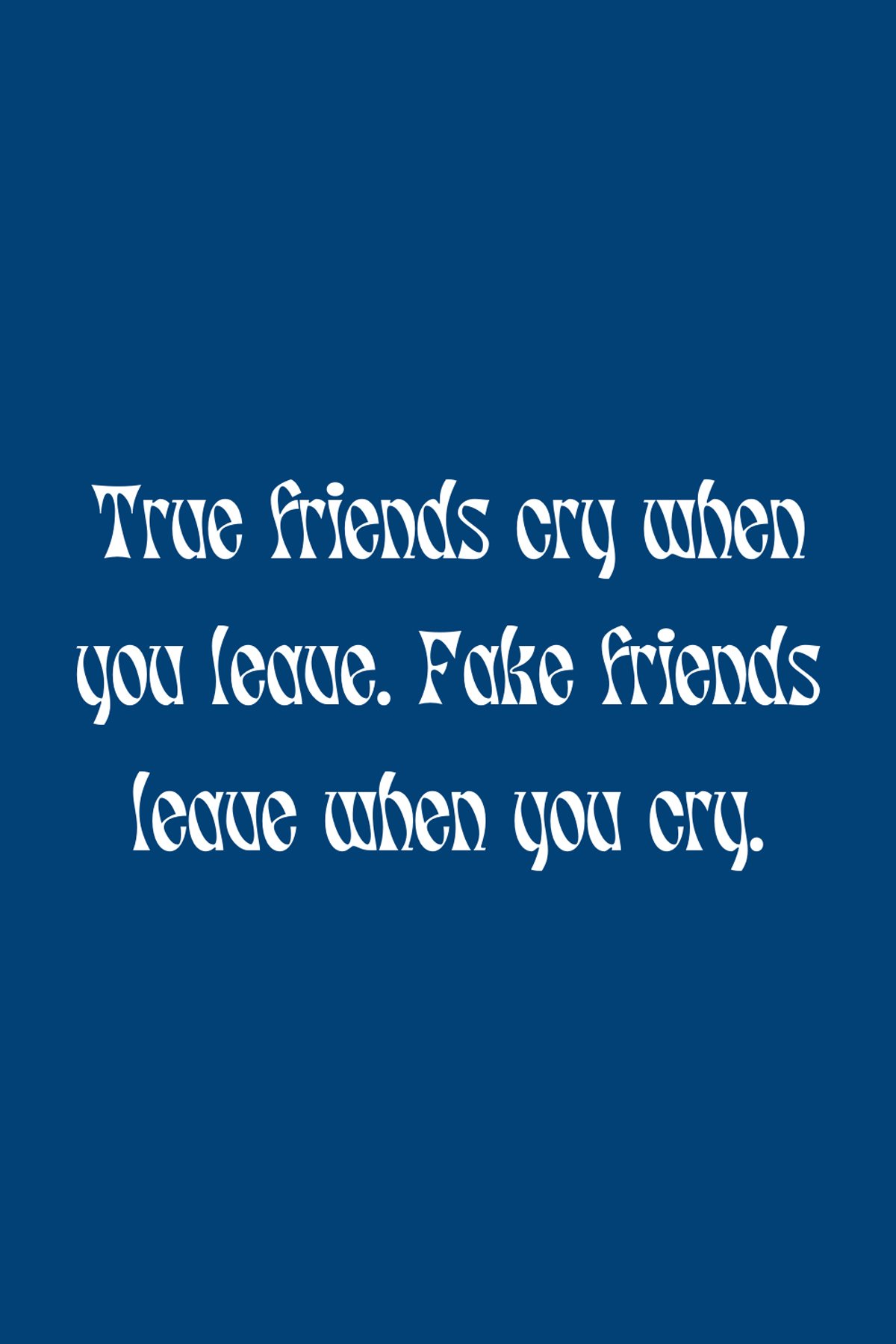 31. Fake friends are no different than shadows, they stick around during your brightest moments but disappear during your darkest hours.

Now that you have heard these fake friends saying here are some real friend quotes to share.