If you’re the parent of a teenager, then you know. Raising teenagers is exciting and exhausting, fun and frustrating, amazing and agonizing – let’s just say it has its fair share of highs and lows!

To offer a few laughs and help through these crazy years, we’ve come up with the absolute best parenting a teenager quotes that pretty much sums up what it’s like to raise teens. 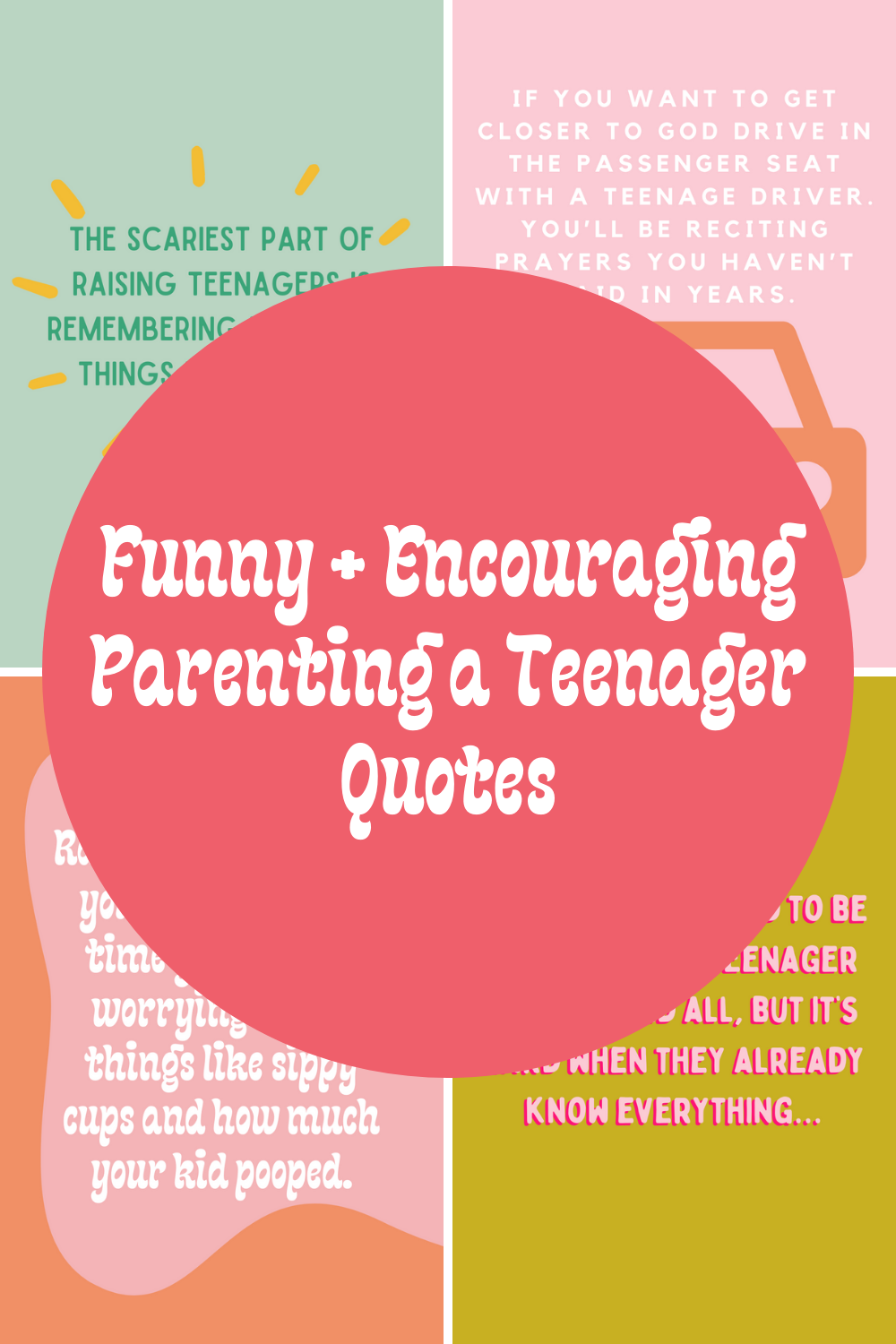 Our Favorite Parenting a Teenager Quotes

1. The scariest part of raising teenagers is remembering the stupid things you did as a teenager. 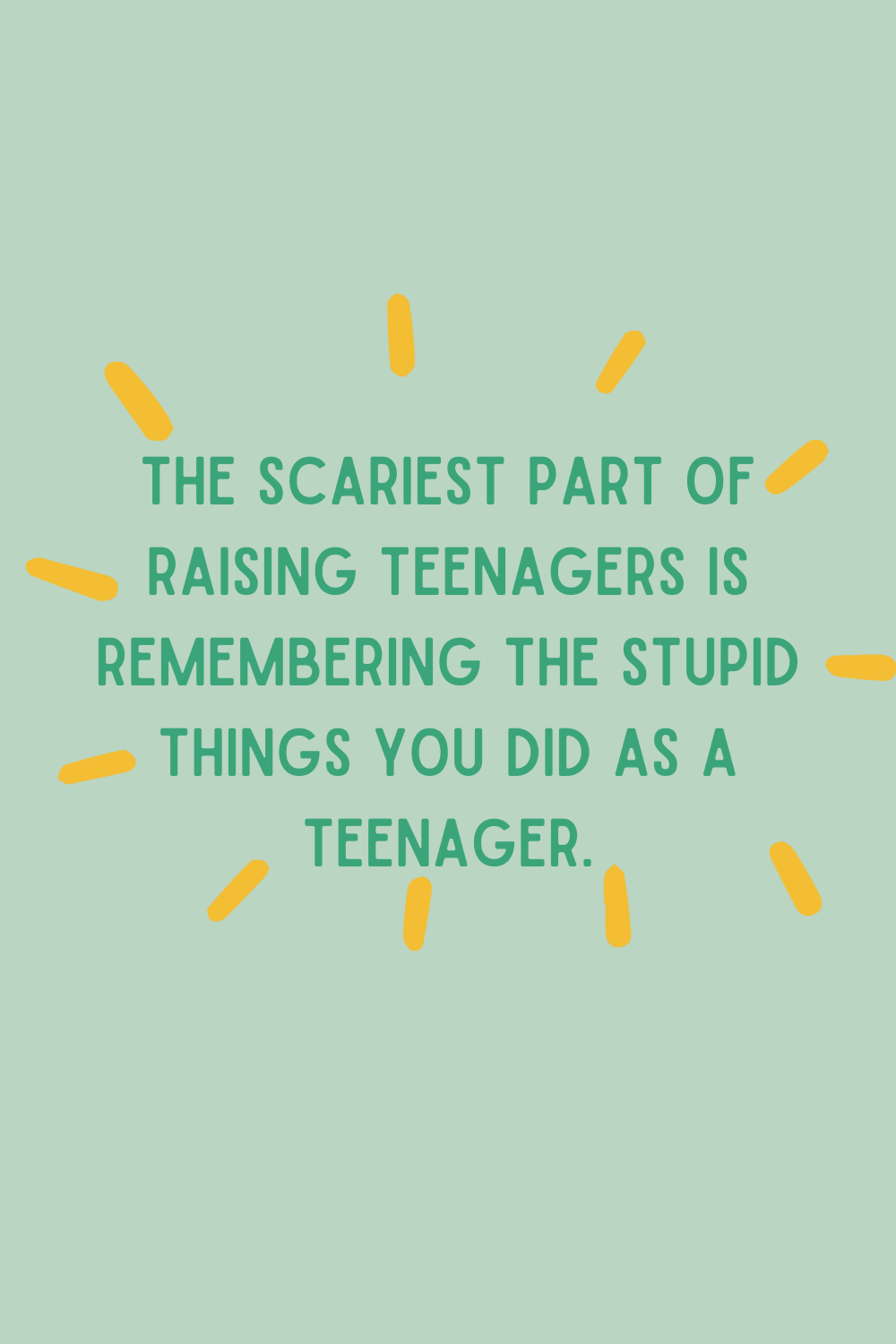 2. I never really appreciated just how annoying I was until I gave birth to mini versions of myself and started arguing with them when they became teenagers.

3. I know I’m supposed to be preparing my teenager for life and all, but it’s hard when they already know everything…

4. If you want to get closer to God drive in the passenger seat with a teenage driver. You’ll be reciting prayers you haven’t said in years. 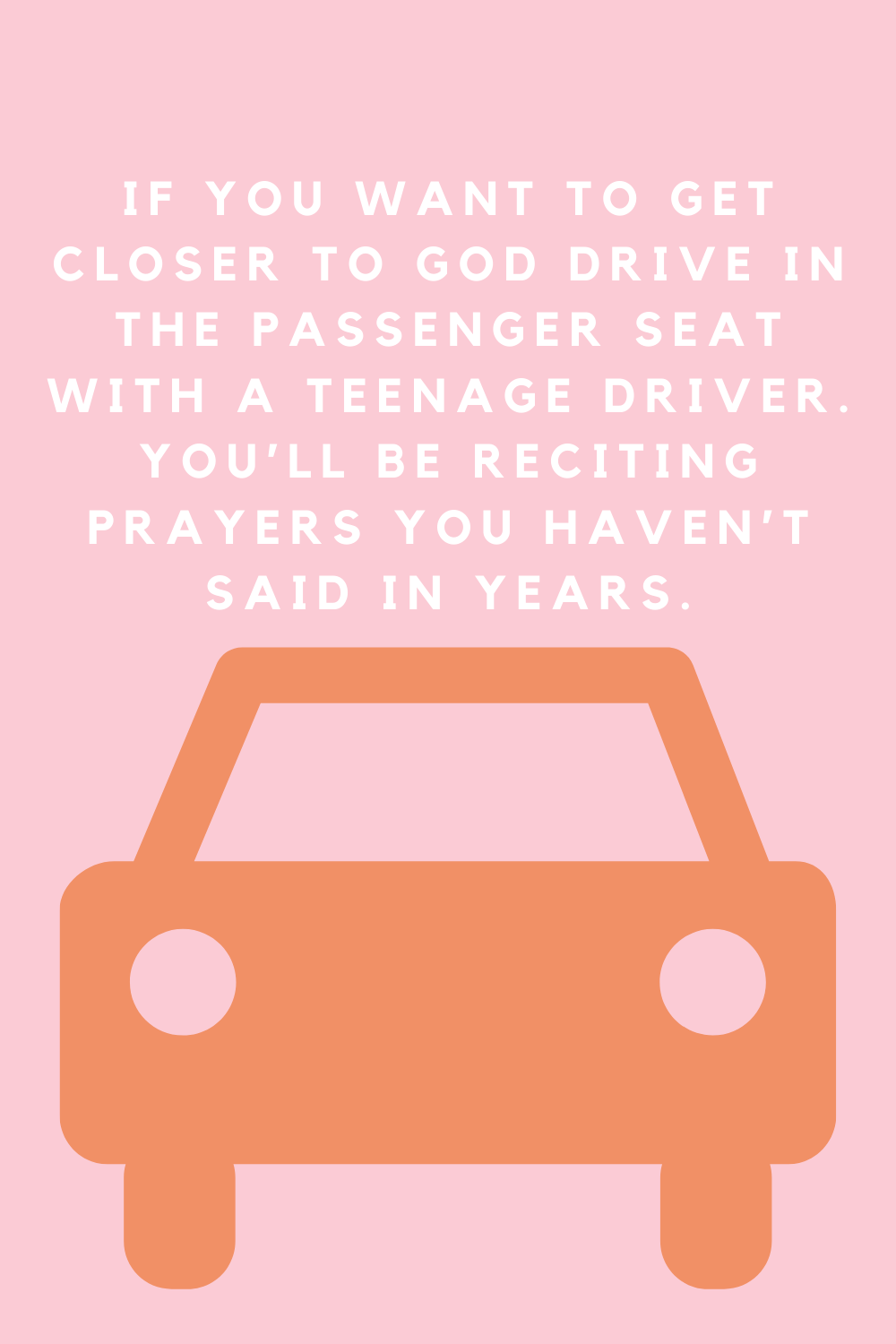 5. I thought I used to “worry” a lot when my kids were little. Then I had teenagers. You know what I would give right now to worry about sippy cups and naptime? EVERYTHING.

6. Raising a teenager is hard… But, being a teenager is hard, too, which is why our kids need someone they trust to lean on, to come to for advice, and to share their lives – the good, the bad, and the ugly. Having a front-row seat in our kids’ lives is a far better place to be than sitting on the highest bleacher.

8. I know I’m supposed to be preparing my teenager for life and all, but it’s hard when they already know everything… 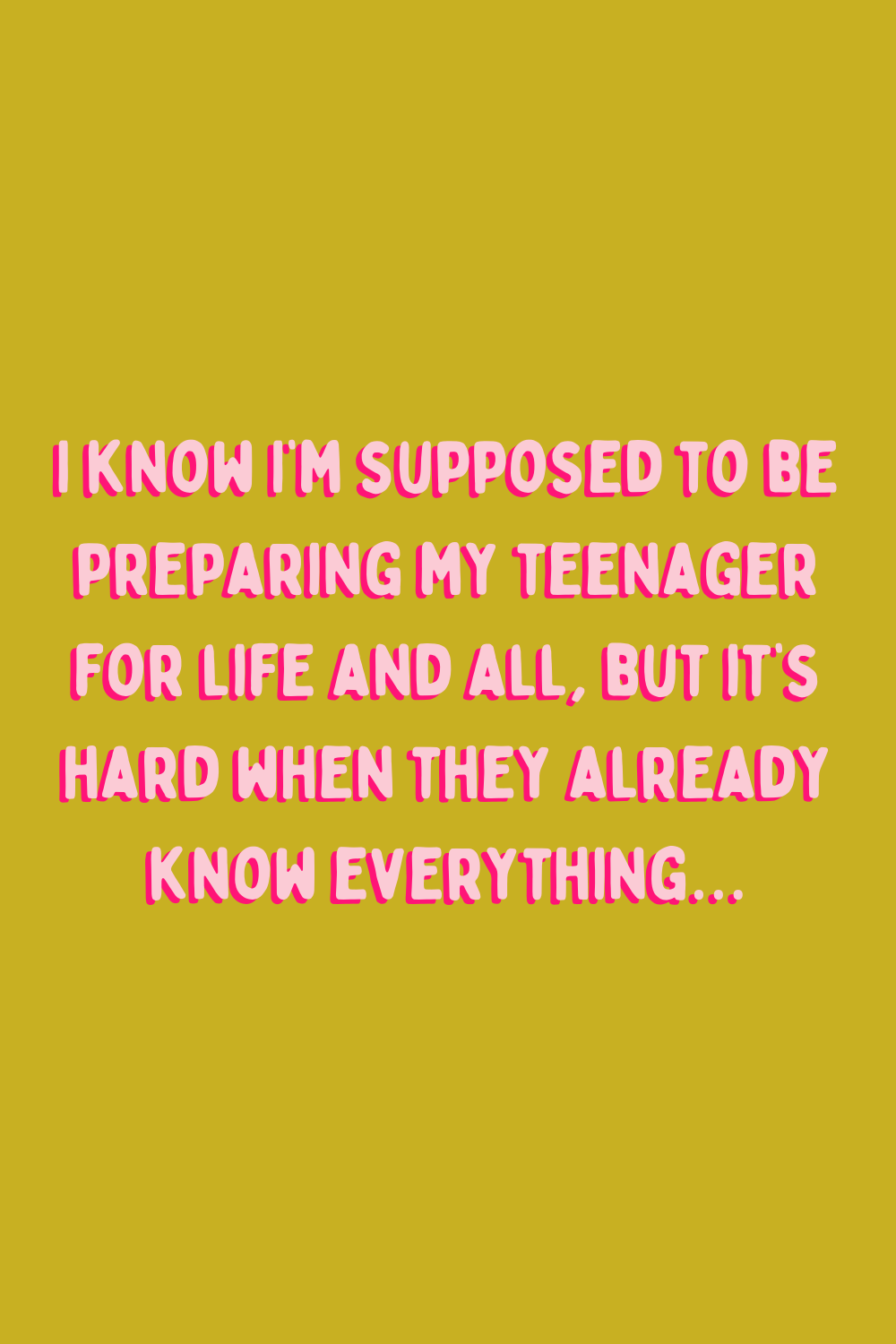 9. As a mom of teenagers sometimes all I need is a hug and someone to tell me everything is going to be ok. Oh, and a million dollars, a week in the Bahamas and a bottle of wine would be nice too…

11. I thought raising teenagers would be like those goofy old Brady Bunch episodes about curfews, acne and dating. It’s not. It’s more like Survivor meets Dateline – hang in there and don’t murder anyone.

12. What it’s like to have a conversation with a teenager: Parent: “Have a nice day!” Teenager: “Don’t tell me how to live my life!” 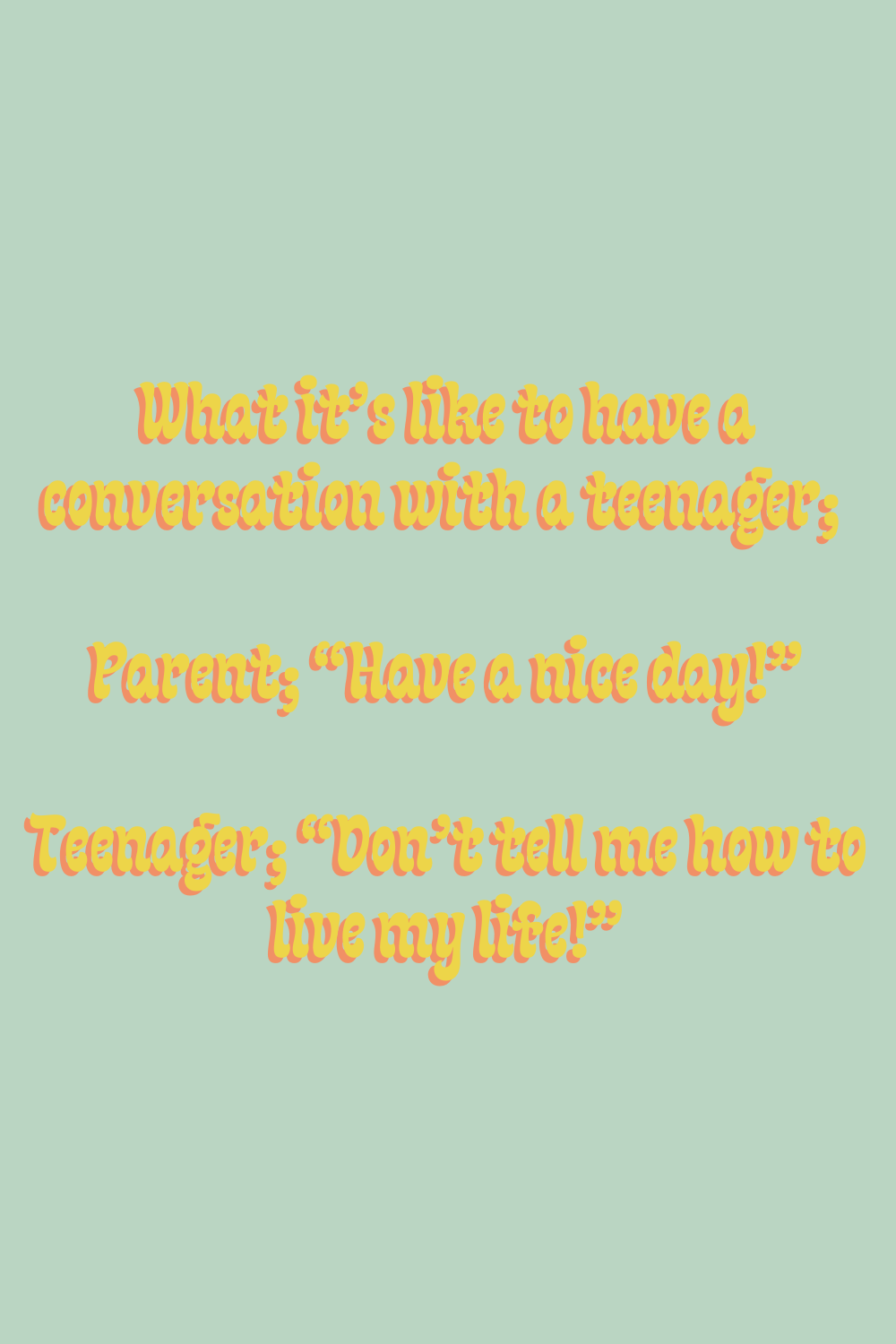 Parenting Teenager Quotes to Give You a Laugh

13. As kids reach adolescence, they need more than ever for us to watch over them. Adolescence is not about letting go. It’s about hanging on during a very bumpy ride.

14. I’ll see your toddler tantrum and raise you a teen that just had their phone taken away. 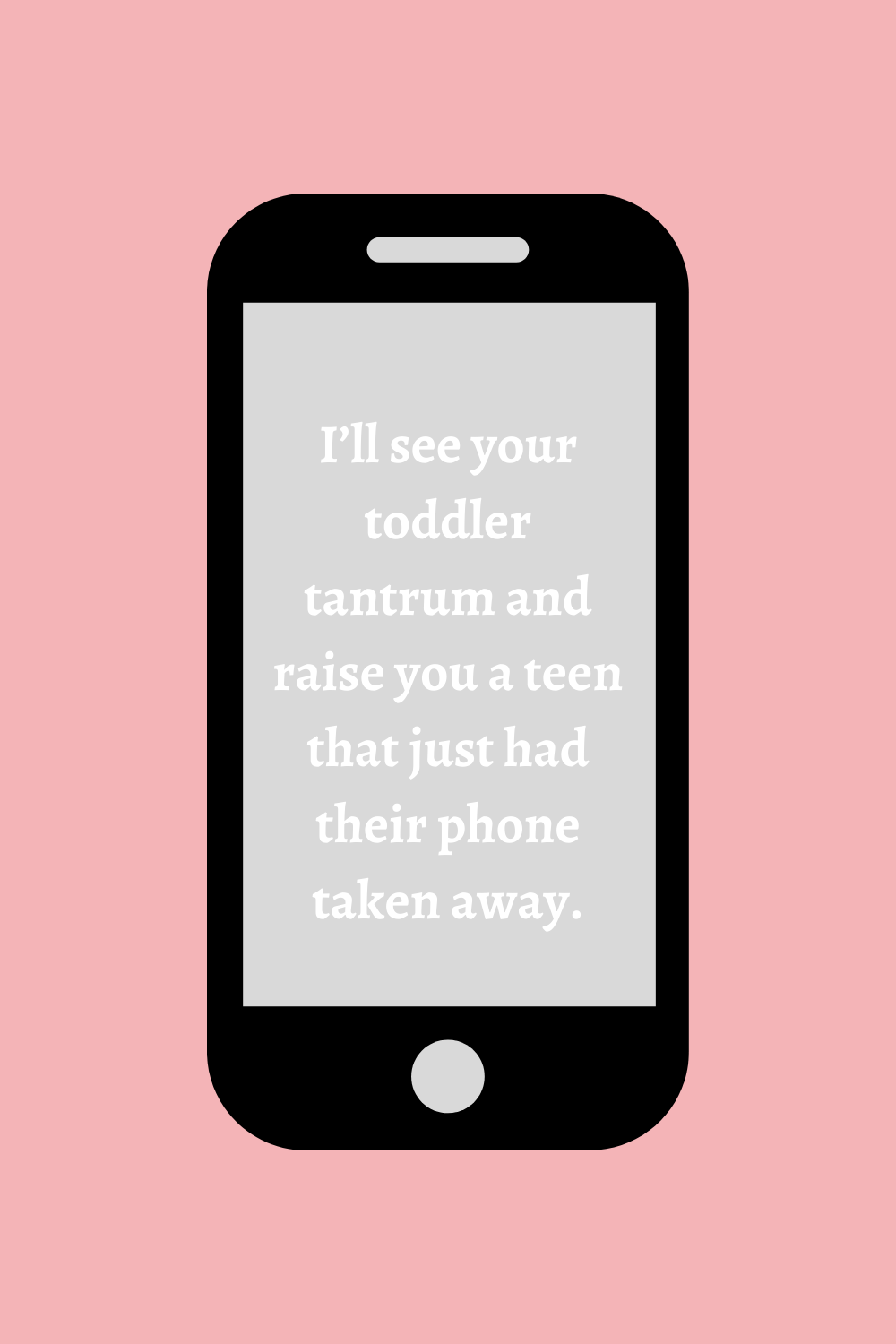 15. Being a mom of a teenager means a lot of forgiveness, a lot of grace, a lot of grit, and love that is both powerful and unconditional. But what a blessing it is to raise these teenagers and have a front-row seat on this wild ride.

16. Hey teens! If you think you’re angry now, just wait until you have to spend your own money on toilet paper.

17. You know you’re the parent of a teenager if they won’t answer any of your calls, but they will call you 27 times in a row until you answer.

18. Raising teens makes you regret all the time you wasted worrying about things like sippy cups and how much your kid pooped. 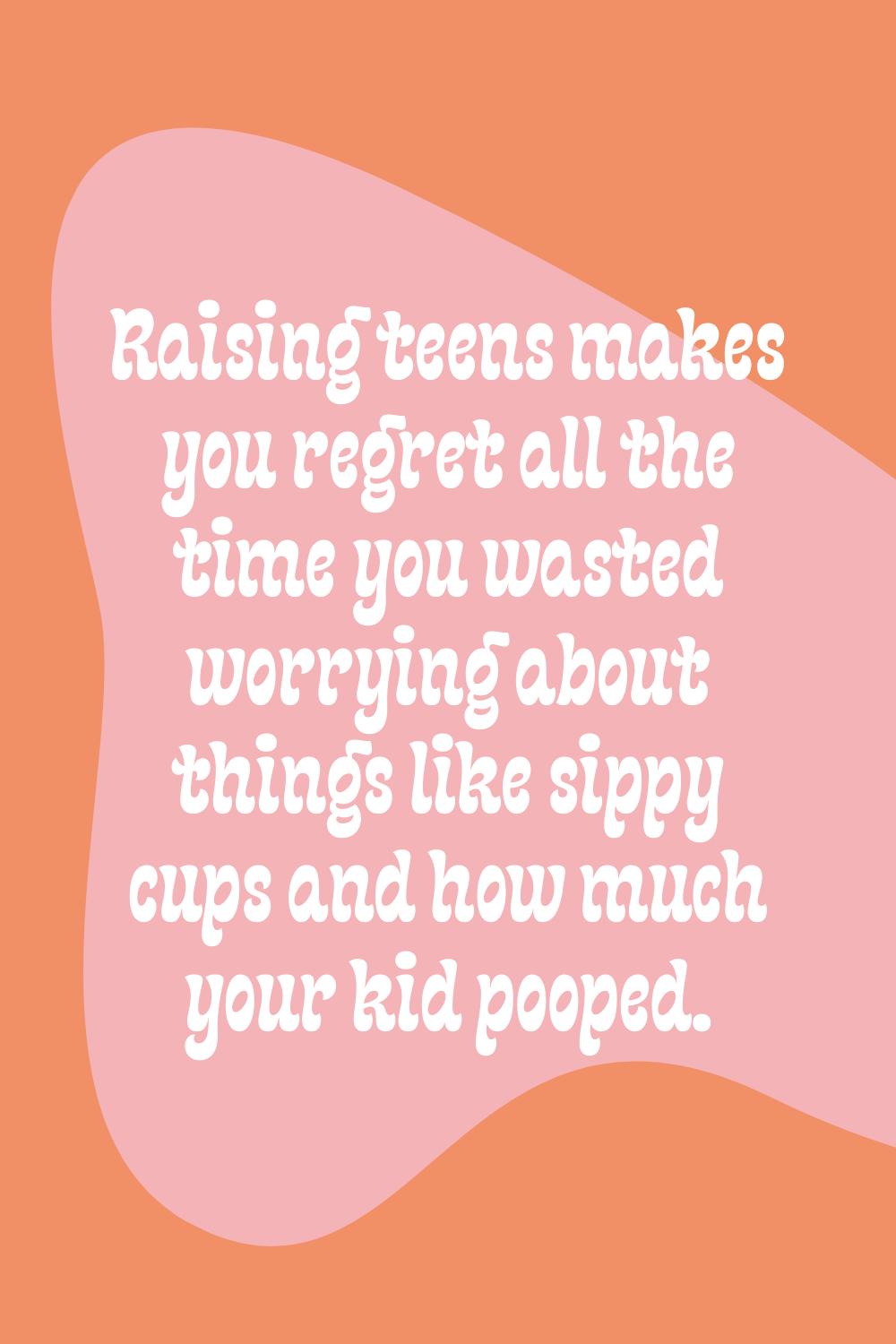 19. When your children are teenagers it’s important to have a dog so that someone in the house is happy to see you.