Inside: 47 September Birthday Quotes to Send.

Happy birthday, September babies! September is that beautiful golden month when the heat of summer is finally starting to fade, the leaves on the trees start changing colors, football season is in full swing and life just seems a little sweeter. So having a September birthday is one to celebrate!

In my family, we celebrate 8 birthdays in the first two weeks of September, so it’s a special month around here. Sometimes it can be hard to come up with something unique to say to all those birthday babies, so we have put together 47 September Birthday Quotes to share with your loved one if their birthday falls in September.

We also put together quotes about how amazing September is and quotes from famous people born in September.

Show your favorite September boy or girl some love this month! 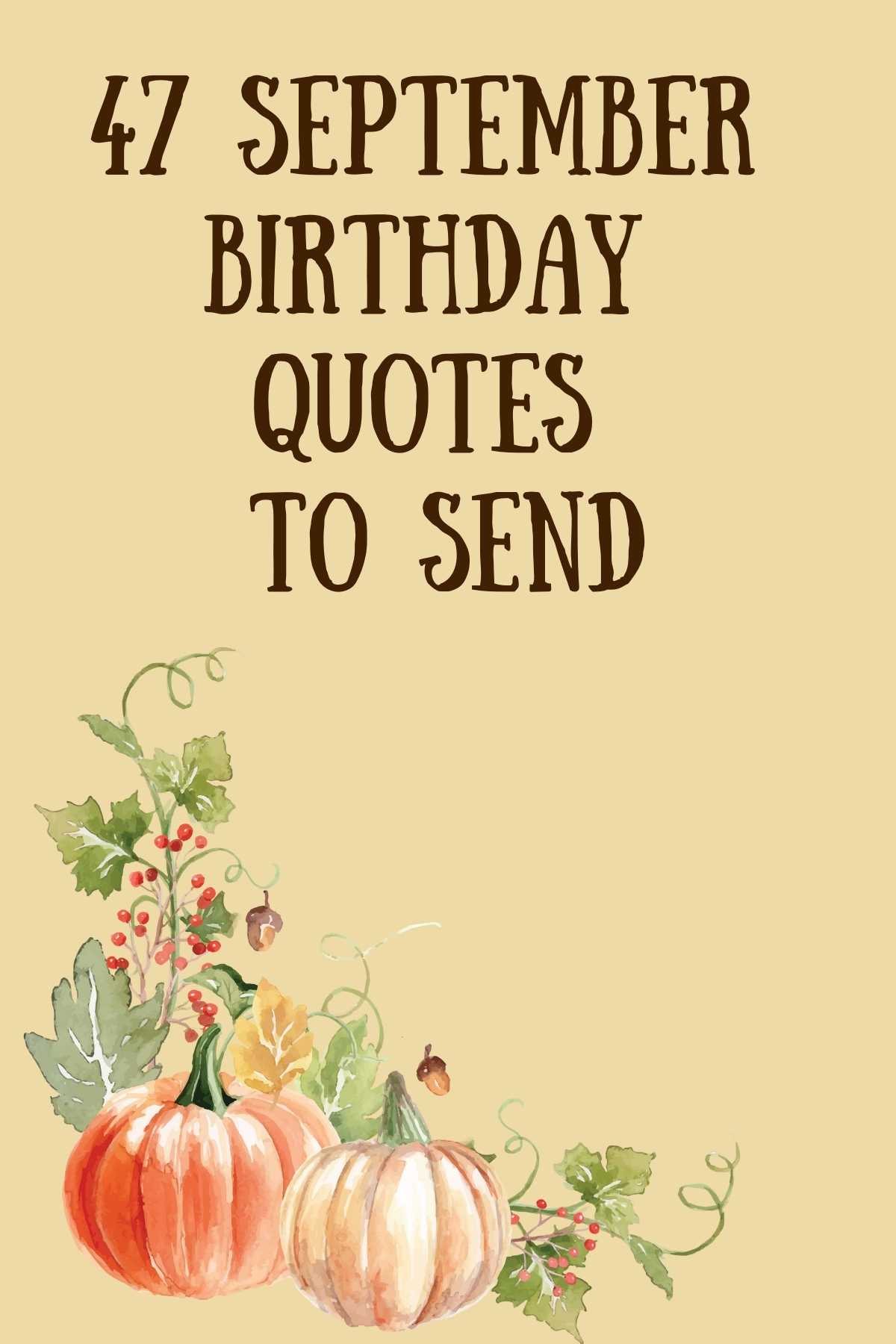 3. The best people are born in September. 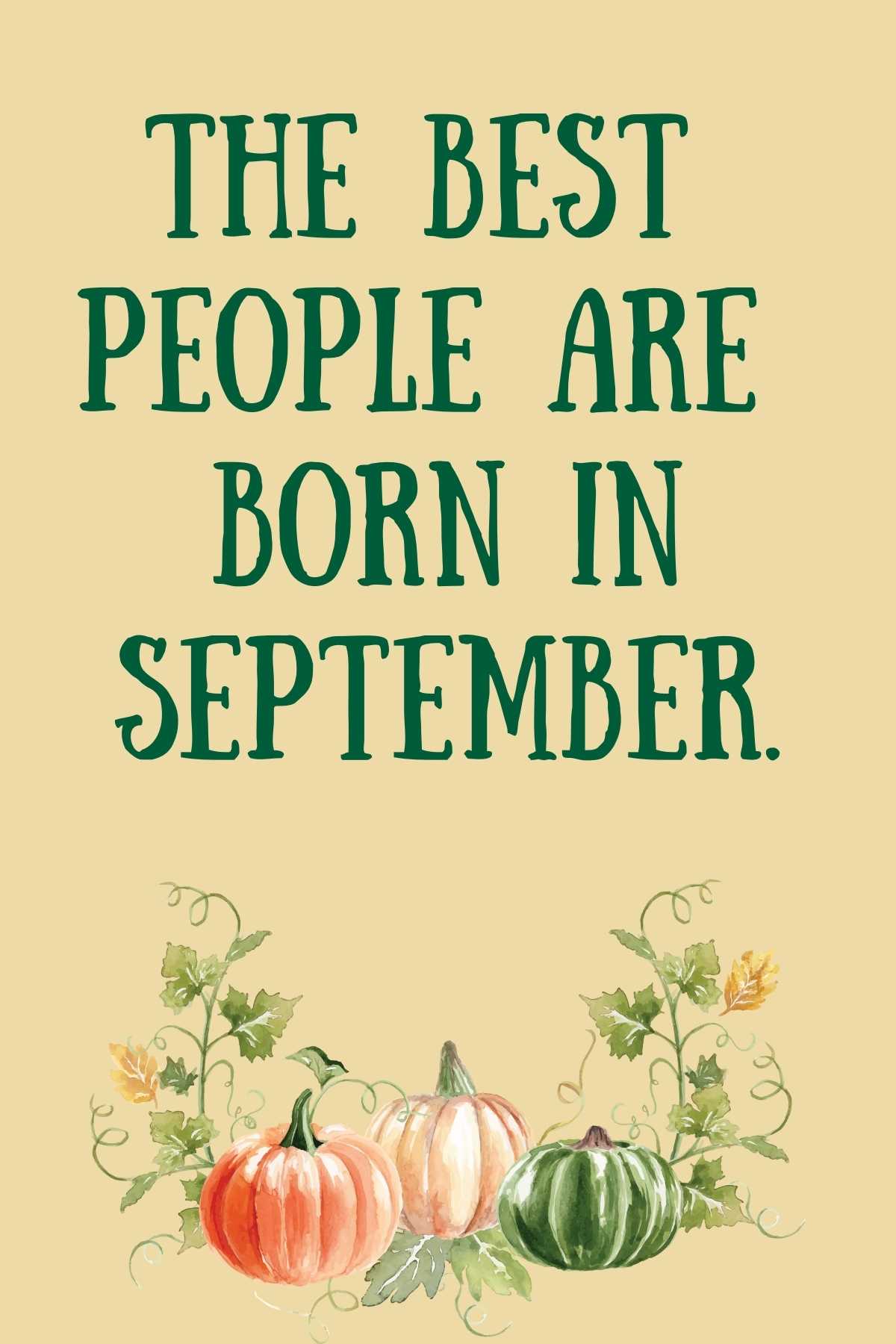 4. Queens are born in September!

5. September girls live by the sun and love by the moon.

6. Legends are born in September. 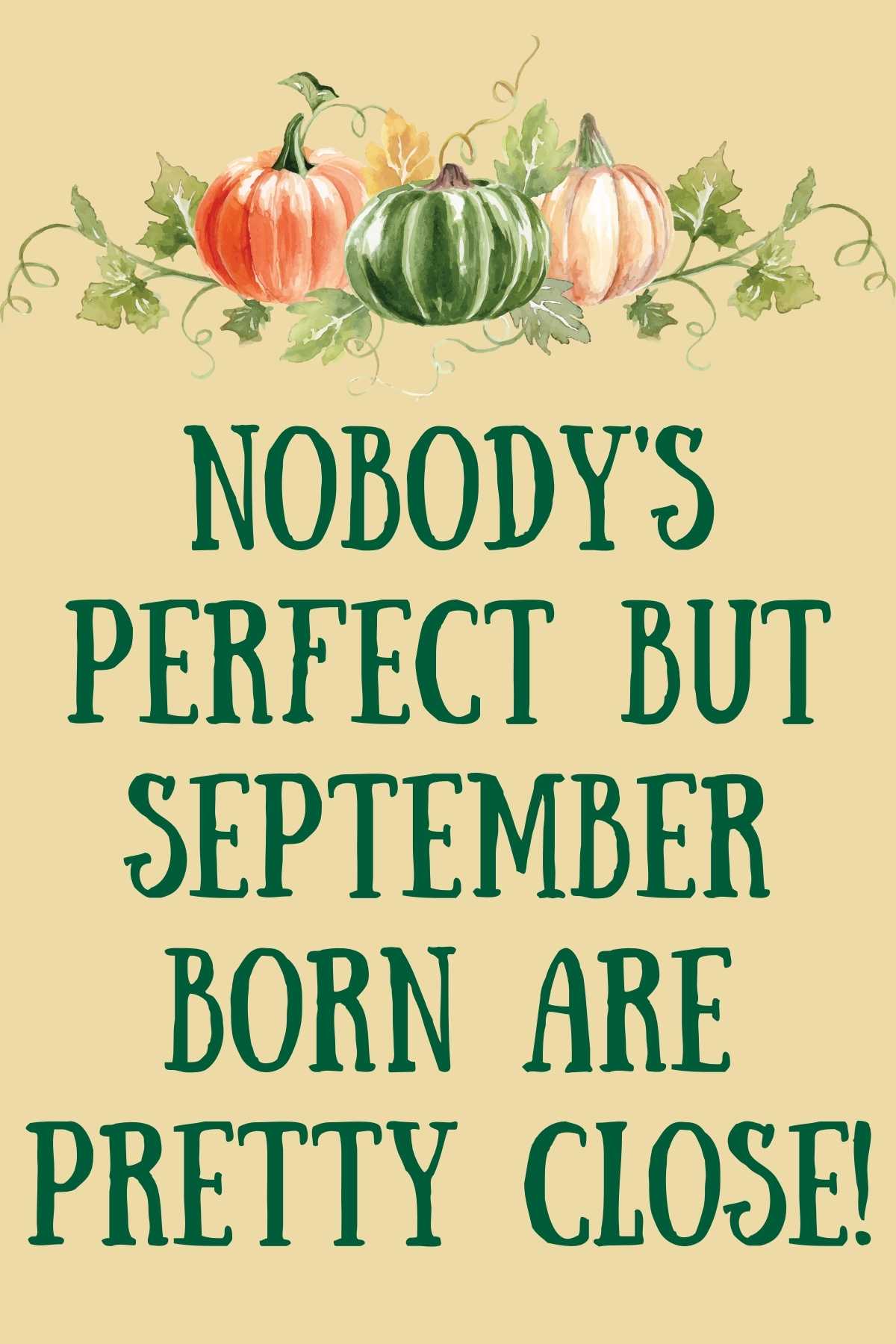 10. Born in September, month of perfection.

11. I’m a September baby. Not a one-in-a-million kind of girl, I’m a once-in-a-lifetime kind of queen.

13. “When life feels chaotic, Virgo will tidy up.” -Chani Nicholas

14. “Virgos are more or less the canonized saints of friendship. Their empathy is limitless and comes with action.” -Alex Dimitrov and Dorothea Lasky

15. “There’s a saying that goes, ‘If you want something done right, hire a Virgo.’ Actually, it’s not a real saying—but it should be.” -Mecca Woods 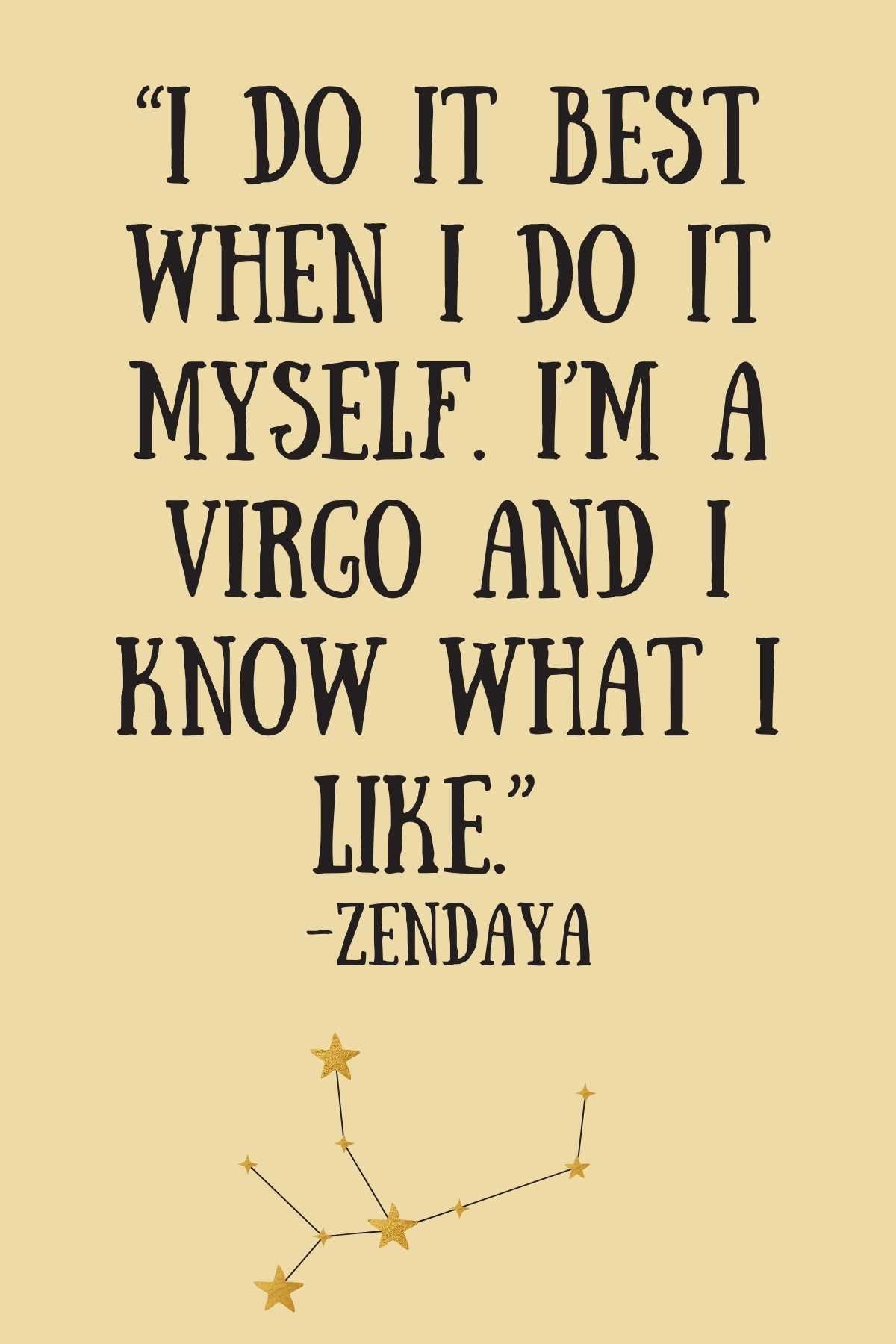 17. “Virgos are very down to earth. She’s an earth mother and also very picky.” -Sanaa Lathan

18. When you get caught lying to a Virgo, don’t beg for forgiveness, because you’re done.

19. “I always feel more grounded and stable when I have balance in my life; I’m a Libra!” -Laura Regan

20. “Libra only gets stubborn when people don’t take them seriously.” -Unknown

21. Don’t rush a Libra. Something this good takes time.

22. Things Libras struggle with:  Saying no. Falling for imaginary romance. Closing the 12 tabs in their brain. Speaking up for themselves. Over-analyzing 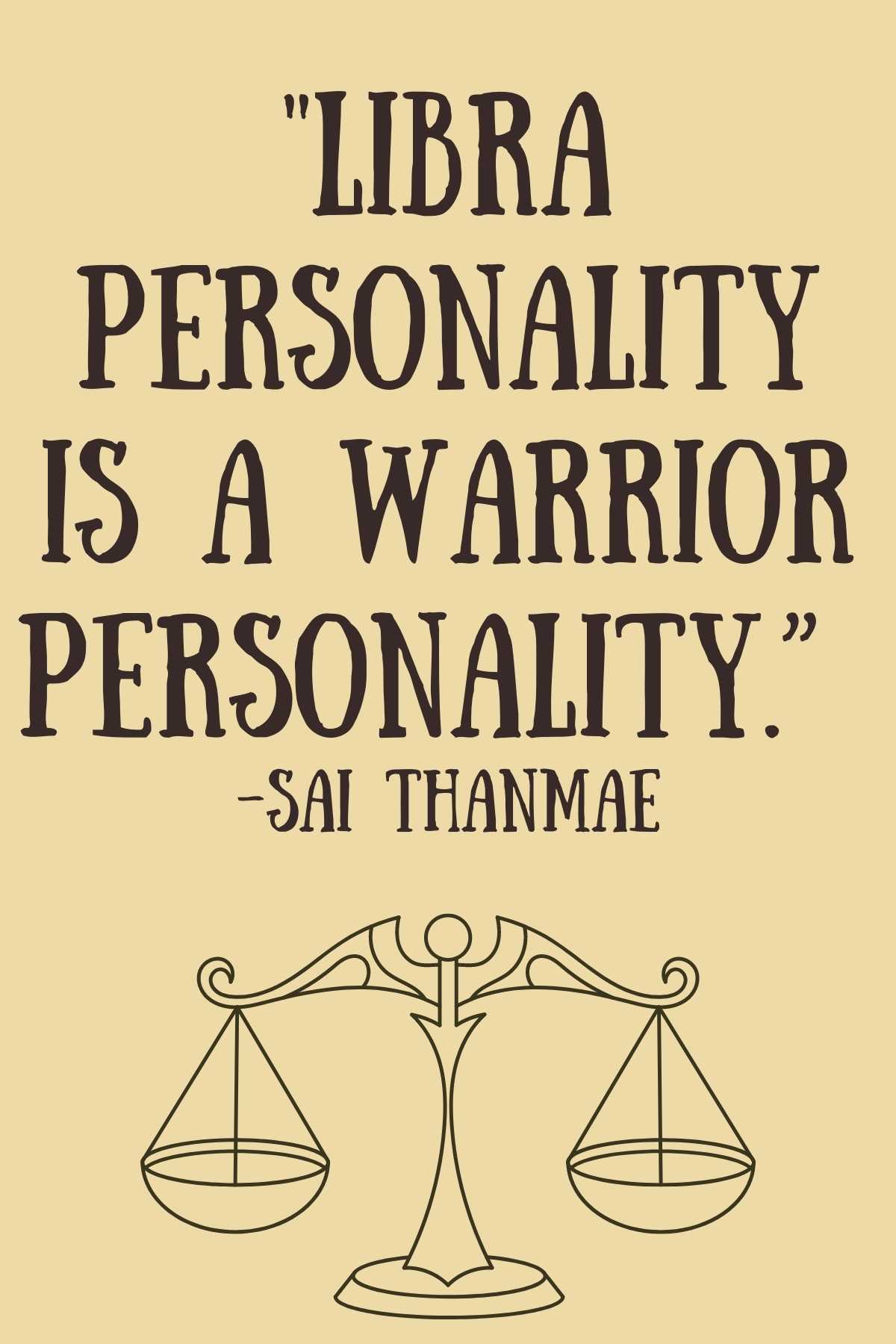 24. No need to give Libra orders. They won’t obey them anyway.

25. Libras don’t fall for just anyone, so when they choose you know that it’s the real deal.

27. “Art is about trying to find the good in people, and making the world a more compassionate place.” -Keanu Reeves, September 2

28. “I don’t have to prove anything to anyone. I only have to follow my heart and concentrate on what I want to say to the world. I run my world.” -Beyonce, September 4 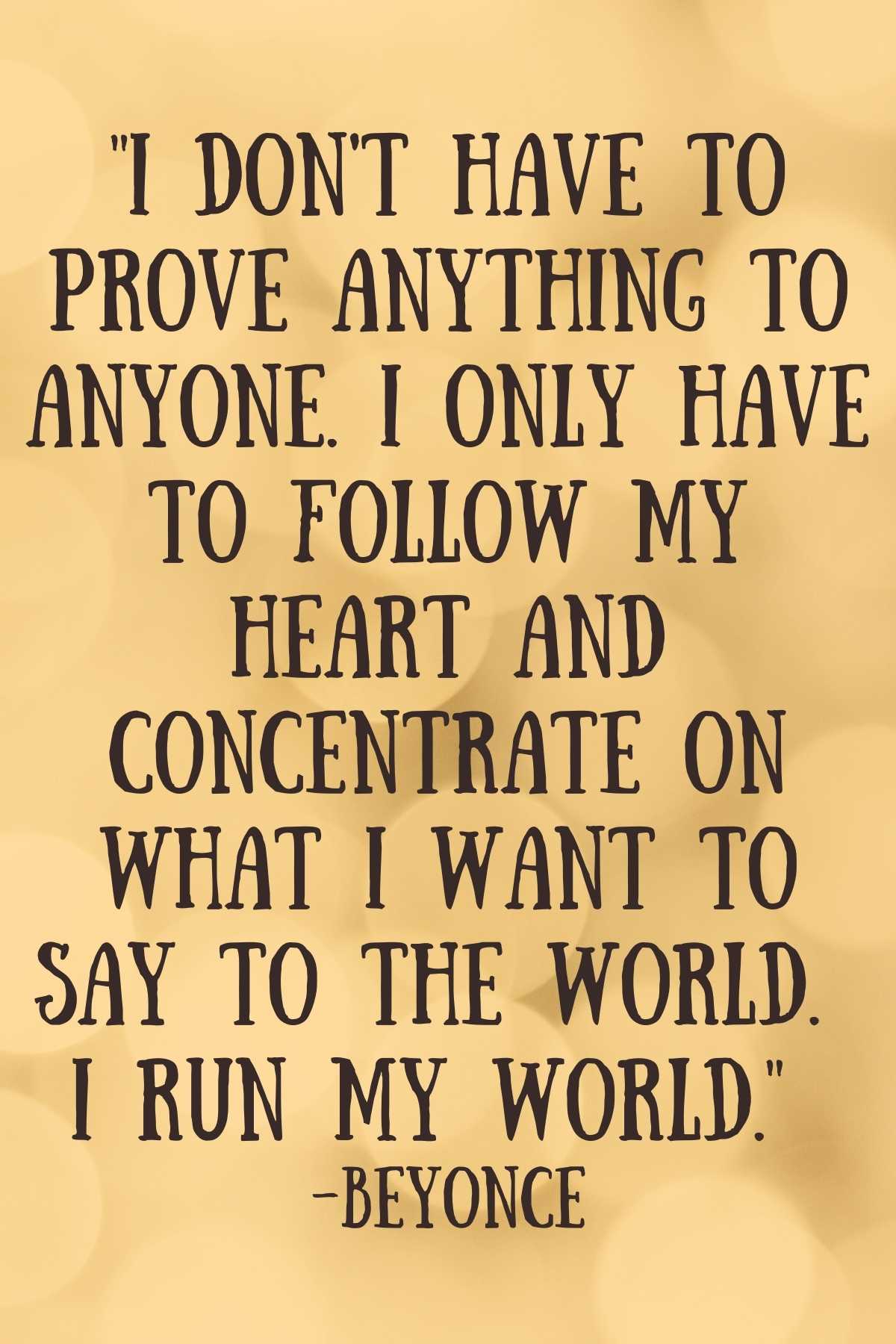 30. “When you haven’t forgiven those who’ve hurt you, you turn your back against your future. When you do forgive, you start walking forward.” -Tyler Perry, September 13

31. “People are like music. Some speak the truth, and others are just noise.” -Bill Murray, September 21

32. “It’s a town full of losers/And I’m pulling out of here to win.” –Bruce Springsteen, September 23

34. “Fear is not real. It is a product of thoughts you create. Do not misunderstand me. Danger is very real. But fear is a choice.” -Will Smith, September 25

35. “Somebody else / ‘Round everyone else / You’re watching your back / Like you can’t relax / You try to be cool / You look like a fool to me” -Avril Lavigne, September 27

36. “’Soulmate’ is an overused term, but a true soul connection is very rare, and very real.”-Hilary Duff, September 28

37. Let’s make it a September to remember!

38.“Happily we bask in this warm September sun, which illuminates all creatures…” -Henry David Thoreau

39. “Ah, September! You are the doorway to the season that awakens my soil.” -Peggy Toney Horton

40. “I love September, especially when we’re in it.” -Willie Stargell

41. “Life starts all over again when it gets crisp in the fall.” –F. Scott Fitzgerald 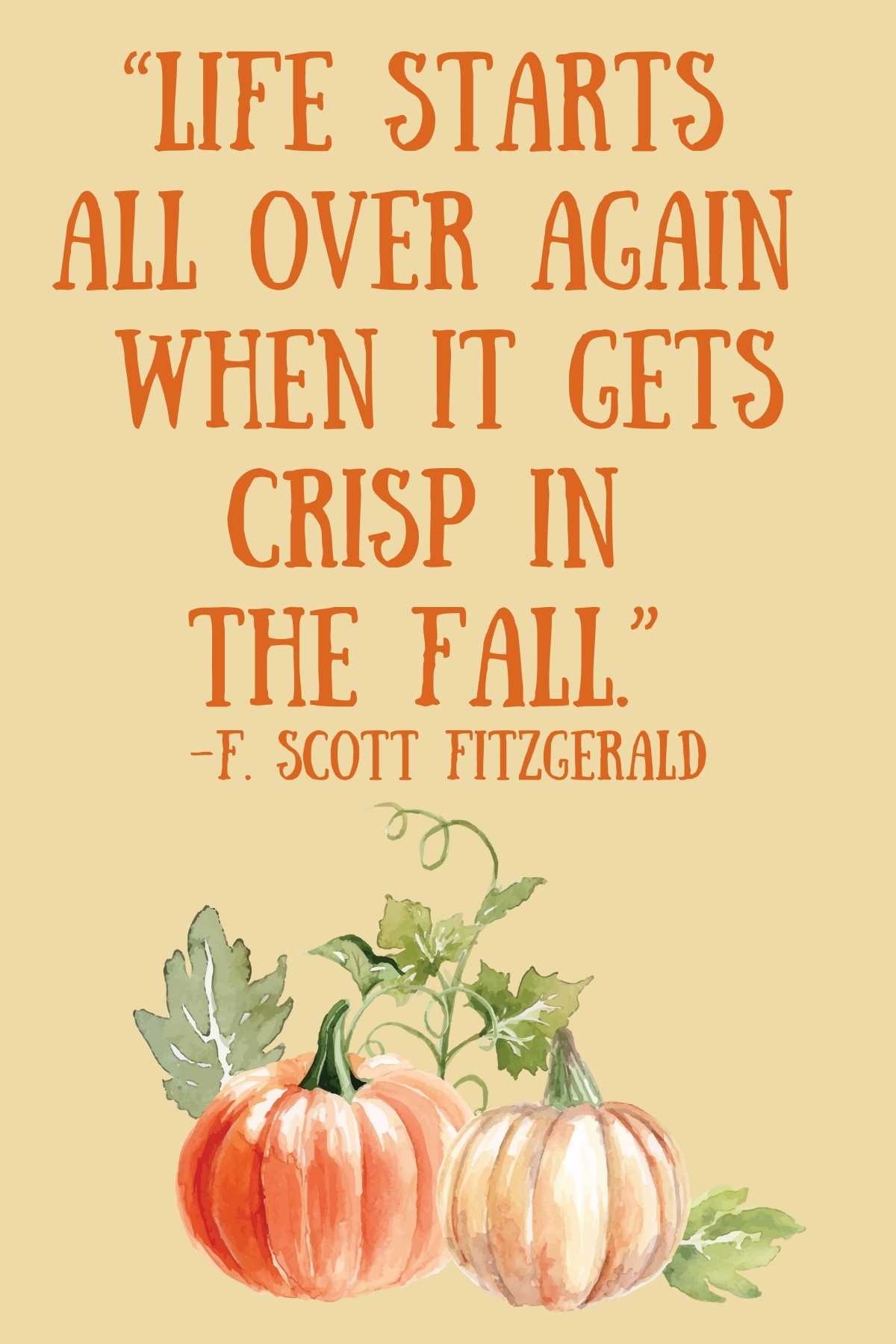 42. Autumn shows us how beautiful it is to let things go.

43. “Wine is the divine juice of September.” -Voltaire

44. “By all these lovely tokens / September days are here, / With summer’s best of weather / And autumn’s best of cheer.” -Helen Hunt Jackson

45. “September tries its best to have us forget summer.” -Bernard Williams

46. “Let’s strive to be better in September!” -Charmaine J. Forde

47. “It looked like the world was covered in a cobbler crust of brown sugar and cinnamon.” –Sarah Addison Allen